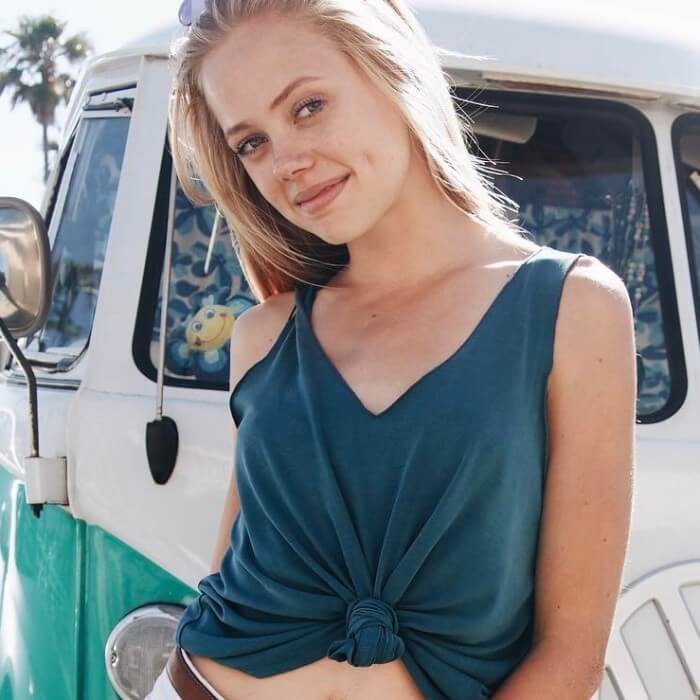 Annalisa Cochrane Biography – The young and restless American actress who has been rocking the television industry for a long time!

Annalisa Cochrane is an American actress born on June 21, 1996, in Washington, United States. His mother’s name is Lis Cochrane.

Her father, Steve Cochrane, is a historian, author, and businessman.

She has an elder sister, Carin Cochrane.

Cochrane was interested in performing and acting from a very young age. But, after watching “The Chronicles of Narnia: The Lion, the Witch and the Wardrobe” at nine, she completely made up her mind that she’ll pursue acting as her career.

After completing high school at 17, she relocated to Los Angeles for her further education. Meanwhile, Annalisa started auditioning and acting for various productions at the same time. Although, she was mainly focused on her studies at that time.

And the very next year, she got to feature in her first short film in 2014.

At the age of 18, Cochrane made her acting debut with a short film named The Landlord in 2014. That year, she also appeared in two more short movies – Audrey Makes a Mixtape and Noesis.

In 2015, the American actress starred in her first feature film, Flirting with Madness, along with Travis Hammer and Anne Winters.

Also, in 2015, she made her tv debut with the American sitcom Baby Daddy by playing a minor role (young Emma) in the series. The same year, she appeared in Flhaunt, a tv mini-series, and Below, a short movie.

Later, in 2017, she did several other tv shows like Henry Danger, It’s Always Sunny in Philadelphia, Famous in Love, and Days of Our Lives. Also, Annalisa played Zoey in the romantic drama, The Young and the Restless.

In 2018, she starred in Broken Visions, in which she portrayed the role of Molly. With that, she appeared in Heathers, a comedy thriller television show. Also, she played the main part (Rebecca) in Kappa Crypto the same year.

Then, in 2019, she played minute roles in tv series like Weird City and Into the Dark. Also, the same year, she starred in two movies – Confessional and Apparition.

Two years later, in 2021, Annalisa Cochrane starred in One of Us Is Lying as Addy Prentiss with actors like Marianly Tejada, Chibuikem Uche. and Cooper van Grootel. Also, the actress appeared in three episodes of Queen Sugar.

Annalisa has been playing Yasmine in Cobra Kai, a US-based comedy-drama show, since 2018.

I hope you liked the Biography of Marianly Tejada and if you have any queries regarding this post, let us know in the comment box.