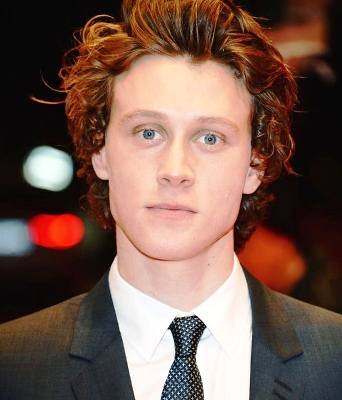 George MacKay Biography – One of the finest English actors who started acting at the age of eleven!

George Mackay is a British actor born on March 13, 1992, in London, England. His mother, Kim Baker, was a costume designer who stopped working after Geroge was born.

His father, Paul Mackay, used to work as a production and stage manager in theatre. Paul later quit his job and started working in a production design company. Mackay’s mom is of English descent, while his father is an Australian.

He has one and half years younger sister named Daisy Mackay.

He did his schooling at The Harrodian School in London.

George was just 11 years old when a casting director spotted him at his school. He then auditioned for a role in Peter Pan and got the role of Curly in the movie.

His parents are also from a theatrical background, so they allowed him to do whatever he felt like. He then went to Australia for shooting, and that’s how his acting career started at such a young age.

Mackay started his movies career by playing the role of Curly in Peter Pan in 2003. Three years later, he starred in a British-German drama titled The Thief Lord. 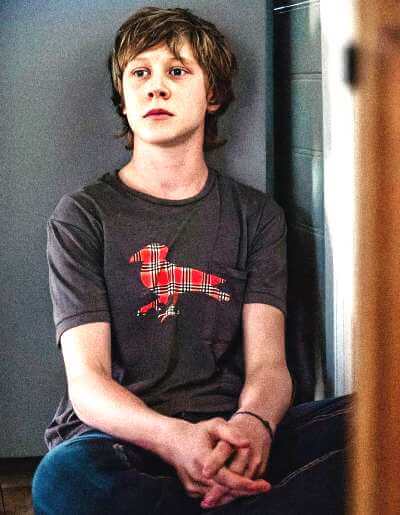 In 2011, he appeared in the musical drama titled Honky Dory. Then, the following year, George was cast in Private Peaceful (a war film), where he played the lead character along with Jack O’Connell. Hero Fiennes Tiffin and Samuel Bottomley played the young versions of the main characters.

Later, in 2013, Mackay played the main role in How I Live Now with Saoirse Ronan and Tom Holland. Later, he starred in the critically acclaimed “For Those in Peril.” The movie was also screened at the Cannes Film Festival that year.

Then, in 2014, he appeared in a comedy film titled Pride and Bypass. In 2016, George appeared in an American comedy movie named Captain Fantastic.

After that, he did several short films like Narrated By, Infinite, Doublethink and starred in Marrowbone, a Spanish film. In 2018, he appeared in Where Hands Touch, a war drama. The same year, he appeared in two more movies named Been So Long and Ophelia. 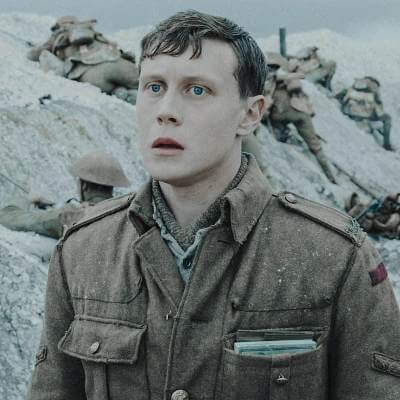 Later, he starred in True History of the Kelly Gang as Ned Kelly. The movie was based on a novel of the same name.

In 2019, MacKay played the lead role in 1917, a British war film directed by Sam Mendes. He was so good in the movie that he got several awards for his acting under various categories. In 2020, he appeared in Nuclear.

His upcoming movies are Wolf and Munich.

In 2005, he appeared in two of the episodes of the British crime series titled The Brief. The following year, he did two miniseries named “Johnny and the Bomb” and “Tsunami: The Aftermath.”

Then, in 2012, he appeared in another TV movie titled Birdsong. The same year, he was cast in a TV show called The Best of Men. 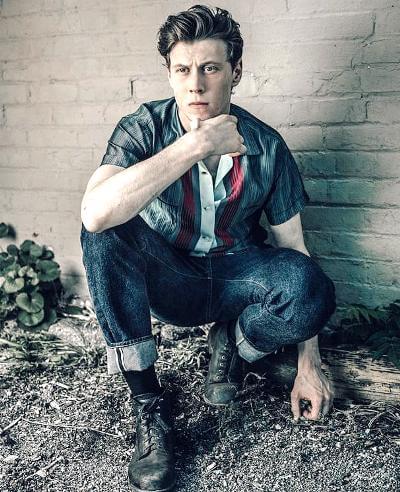 In 2015, George starred in Outcast with Finn Elliot, Hattie Morahan, and Jessica Brown. Then, in 2016, he appeared in a mini-series called 11.22.63, starring James Franco and Sarah Gadon.

Q1: What is the height of George Mackay?

Q2: What is the age of MacKay?

Q3: Who is the girlfriend of George Mackay?

Q4: What is the net worth of MacKay?

I hope you liked the Biography of George Mackay and if you have any queries regarding this post, then let us know in the comment box.