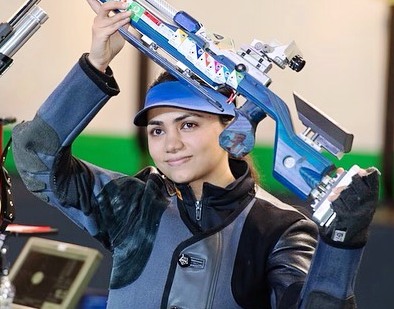 Apurvi Chandela Biography – World’s no. 1 Air Rifle Shooter who never liked to play with dolls in her childhood and an interview of Abhinav Bindra changed her life!

Apurvi Chandela was born on January 4, 1993, in Jaipur, Rajasthan. Her father Kuldeep Singh Chandela is a Restaurateur in Jaipur. Her mother Bindu Rathore is a homemaker. Apurvi has an elder sister, Tejasvi Chandela, a chef.

2008 Beijing Olympics, Abhinav Bindra won the Gold medal for India at shooting. Later, an interview with the gold medalist was telecast on TV. Everybody saw that interview in India, and so does Apurvi. And from then onwards, she decided to make her career in Shooting.

Soon, she started her training and a few weeks later, she participated in the state-level competition and won the Bronze medal.

Her father gets impressed by her performance and gifted her a Rifle. But, her uncle, Hem Singh, was so impressed with Apurvi that he constructed a shooting range for her.

At XX Commonwealth games, on July 26, 2014, Chandela beat then World’s no. 8 Shooter Ayonika Paul in final and won the gold medal with 206.7 points. 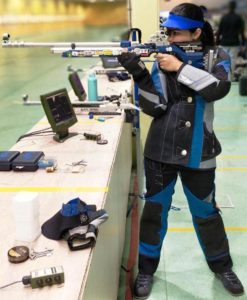 Before that, Apurvi had qualified for the finals with 415.6 points, even when she was suffering from ankle pain at that time.

First Bronze then Silver in the world Cup:

Apurvi won her first world cup medal at the 2015 Changon ISSF (International Shooting Sports Federation) World Cup at the event of 10m AR. She won Bronze in the match with the final score of 185.6 points.

Meanwhile, she confirmed her place for the Rio Olympics. 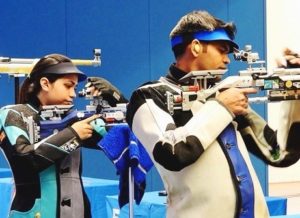 In the same year, in the World Cup held in Munich, Apurvi won the silver medal with 206.9 points in an exciting match. Apurvi’s last shot was just short of 0.2 points as compared to the Iranian gold winner Ahmadi Elaheh.

On January 6, 2016, Shooter Chandela won the gold medal with record 211.2 points at the 10m AR event. China’s Yi Siling was the record holder with 211 points before Chandela.

The 18th season of Asian Games held in Jakarta & Palembang. In this tournament, Apurvi and Ravi Kumar won Bronze at 10m AR mixed event. The interesting part of that match was, they were on the 2nd position until there 31st shot. But then slip to the 3rd position.

The next day, on August 20, at 10m AR singles, Chandela finished the tournament on the 5th position with 186 points.

On February 23, 2019, Apurvi Chandela won a Gold medal for India at Dr. Karni Singh Shooting Range in the ISSF World Cup tournament. It was only the first time that an Indian won a Gold medal in a world cup.

She created the history at 10m AR event with a record of 252.9 points. 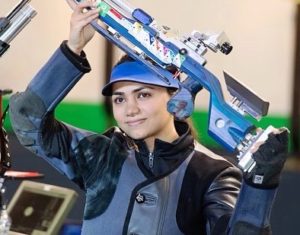 At Beijing ISSF World Cup, Apurvi stands on the 4th position with 207.8 points, however, she qualified for the 2020 Tokyo Olympics.

Another Gold for Chandela:

Apurvi won 2nd the gold medal for India at ISSF world cup held in Munich, after qualifying with 633 points for the finals. 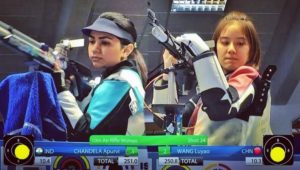 In this tournament, On May 26, 2019, she gained the 1st position while China’s Luyao Wang stand at the 2nd position.

On May 1, 2019, due to her frequent magnificent performances, Apurvi Chandela became the World’s no. 1 shooter in 10m Air Rifles.

India’s Anjum Moudgil who won the gold for India at 10m AR mixed team event in Beijing gained the 2nd position in the rankings.

ISSF rankings get updated every month and as per June 2019 rankings, Apurvi has gained the top position with 2809 rating. Anjum Moudgil was on 2nd position with a 1738 rating. 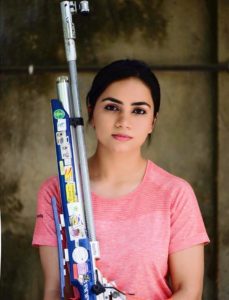 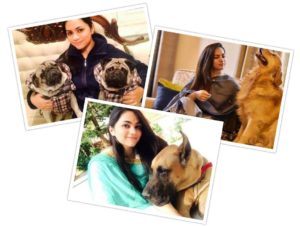 Q1: Apurvi Chandela is related to which sports?

Q2: Apurvi belongs to which city/state?

Ans: She was born in Jaipur, Rajasthan.

Q3: Who is the husband of Apurvi Chandela?

Q4: What is the World Record created by Apurvi Chandela?

Ans: She bagged the first gold medal for India in 10m AR Shooting at Delhi World Cup in 2019. She breaks the record with 252.9 points in the match. The previous record was of 252.4 points by Ruozho Zhao (China).

Q5: What is the age of shooter Chandela?

Hope you liked the Biography of Apurvi Chandela and if you have any query related to it, then definitely tell us in the comment box.

If you find this Post share-worthy, kindly share it with your friends and loved ones. Thank you.