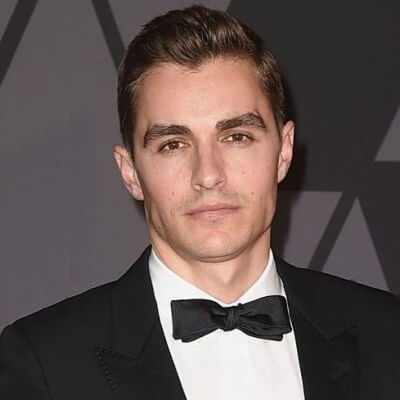 An American who wanted to be a creative-writing teacher but ended up as a successful actor! You’ll get to know here about Dave Franco Height, Age, Wife, and many more interesting facts about him.

Dave Franco is an American actor born in California on June 12, 1985. His father, Dough Franco, was a Silicon Valley-based businessman. He was of Portuguese-Swedish descent who died in 2011 at 63.

His Jewish mother, Betsy Franco, is an actress and writer. She is currently in a relationship with Lou Marincovich, a Paleontologist.

He has two siblings – Tom and James Franco. James is also an American actor, best known for movies like 127 Hours, Spring Breakers, Spider-Man, and Rise of the Planet of the Apes.

Tom is a Sculptor and has also appeared in a few movies. Apart from that, he is the founder of Firehouse Art Collective (Berkeley).

He completed his education at the University of South California. Franco initially wanted to become a creative-writing teacher before his brother’s manager asked (kind of forced) him to join a theater class.

He didn’t like all those theatrical stuff at first, regarding which he said in an interview that “all these people screaming and crying and hitting each other.” But, he did stick to the theatre and learned the basics of acting from there.

Dave Franco has been married to actress Alison Brie since 2017. Brie is renowned for her roles in Mad Men, Community, No Stranger Than Love, and GLOW.

Dave and Brie do not have any children at present and even have no plans for the future. In an interview with Larry King, the actress once revealed that she doesn’t want to have children.

Dave began his acting career in 2006 with the tv show called “7th Heaven,” in which he played the role of Benjamin Bainsworth in one of its episodes.

In 2008, he appeared in multiple television shows, including Do Not Disturb, Greek, and Privileged.

Between 2009 and 2010, he portrayed Cole Aaronson in the American medical comedy show Scrubs. After that, he appeared in two of the episodes of Young Justice. 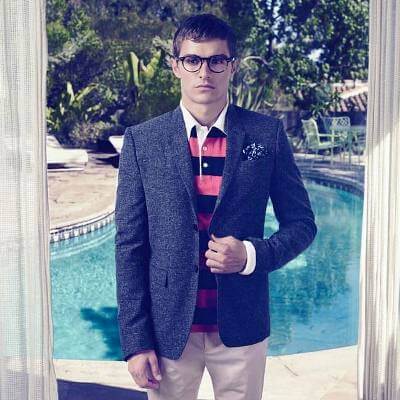 Later, Dave Franco made a cameo in “Community,” in which his wife, Alison Brie, played the role of Annie Edison.

Thereafter, he played minor roles in television shows like Easy, Other Space, and Little Big Awesome. He will soon be seen in The Now and The Afterparty.

Franco’s movies debut started with a short film called Frat Bros in the year 2006. The following year, he got his first featured film role in Superbad. Also, he starred in the romantic-comedy “After Sex” that same year.

In 2008, he appeared in Milk, a biographical film based on American politician Harvey Milk. The following year, he played the main role in the horror film The Shortcut.

After that, he featured in two movies – Charlie St. Cloud and Greenberg in 2010. In 2011, Dave appeared in The Broken Tower, a film written, directed, and co-produced by his elder brother James Franco. Also, he appeared in Fright Night in the same year.

Later, in 2012, he starred in a comedy film titled “21 Jump Street”. Next, he appeared in movies including Warm Bodies, Now You See Me, Neighbors, and 22 Jump Street.

Then, he starred in Unfinished Business with the likes of Vince Vaughn, Tom Wilkinson, and Sienna Miller. After that, the 5ft 7″ tall Dave Franco appeared in the second part of Neighbors, and Now You See Me.

He later portrayed the leading role in “Nerve” with American singer and actress Emma Roberts. In 2017, he appeared in The Little Hours and The Disaster Artist.

After that, he starred in “6 Balloons” with comedian, actress, and writer Abbi Jacobson. Later, he appeared in If Beale Street Could Talk, Zeroville, and 6 Underground.

In 2020, Franco made his directorial debut with The Rental. Not only did he direct it, but he was the co-writer and producer of the movie. His wife, Alison, was in the movie’s lead role with actors Dan Stevens and Sheila Vand. His upcoming film’s name is Day Shift.

Q1: Who are the brothers of Dave?

Q2: What is the age of David Franco?

Q3: Who is the wife of actor Dave Franco?

Q4: What is Dave Franco height?

I hope you liked the Biography of Dave Franco and if you have any queries regarding this post, let us know in the comment box.