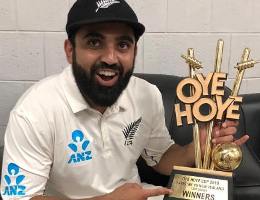 Ajaz Patel was born on October 21, 1988, in Mumbai, Maharashtra, India. His father, Yunus Patel, is a Refrigeration specialist and a shopkeeper. His mother, Shahnaz Patel, was a school teacher. He has two younger sisters named Tanzeel and Sana Patel. 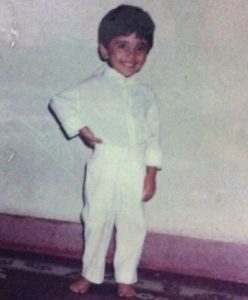 His family originally hails from Gujarat, but he was born and brought up in Mumbai. His parents used to live in Jogeshwari. He did his initial education at Mount Mary School, Goregaon West.

In 1996, when Ajaz was about eight years old, his family moved to Auckland city of New Zealand. There, his father began a shop and got well-settled. Later, his uncle enrolled him at Suburbs New Lynn Cricket Club in Auckland.

Ajaz Patel has been married to Nilofer Patel since December 2014. His wife, Nilofer, is a Mumbai-based girl.

Ajaz Patel started his cricket career as a fast bowler for Auckland. While playing for Suburbs in a match, he started spin bowling and got encouragement from Dipak Patel, a former all-round cricketer of New Zealand, for the same. Dipak helped him a lot with his spin bowling skills. 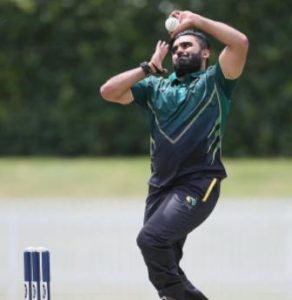 Soon, after playing some Under 19 matches for Auckland, Patel started playing for Central Districts.

On December 7, 2012, Ajaz made his T20 debut for Central Districts against Wellington in a New Zealand Domestic Twenty-20 Series. He conceded 37 runs in his three overs with the highest economy of the match of 12.33. 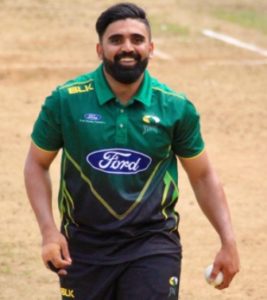 After three days of his first T20 match, he made his First-Class cricket debut against the same team in Plunket Shield Series. He took three wickets and scored a total of 7 runs in both innings.

On December 27, 2015, Patel made his List-A cricket career against Canterbury in The Ford Trophy. He remained not out with four runs and bowled only 4.4 overs of his ten overs quota with no wickets.

On October 31, 2018, Ajaz Patel made his International cricket debut in a T20 match against Pakistan on the New Zealand tour of UAE. His bowling stats in the game were – 1 wicket for 27 runs in 4 overs. 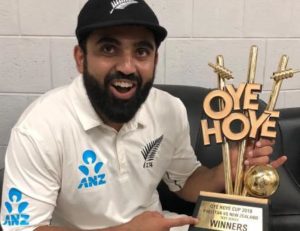 Half a month later, he made his Test debut on November 16 against Pakistan on the same tour of UAE. In the first innings, he scored six runs in 43 balls and took two wickets with an economy of 2.66. Patel remained not out with six runs and took five wickets in the second innings of the match. For his brilliant fifer on the debut and a total of 7 wickets, Ajaz Patel got the player of the match award. 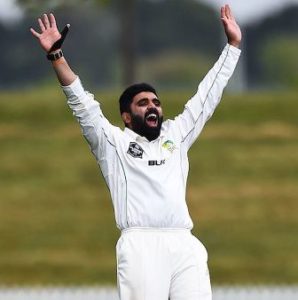 Ans: He was born in India, but he has the nationality of New Zealand.

Q3: Where is the birthplace of Ajaz Patel?

Q4: What is the religion of Ajaz Patel?

I hope you liked the Biography of the left-arm spinner Ajaz Patel and if you have any queries related to it, then definitely tell us in the comment box.

If you find this post-share-worthy, kindly share it with your friends and loved ones.