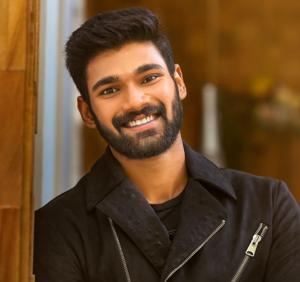 Bellamkonda Sreenivas Biography – South Indian actor who is a producer, dancer, and model too.

Bellamkonda Sreenivas was born on the 3rd of January 1993 in Guntur, Andhra Pradesh, India.

Sreenivas belongs to the Kamma caste and follows Hinduism. His father, Bellamkonda Suresh, is a film producer in the Telugu film industry. His mother’s name is Padmavathi Bellamkonda.

He has a younger brother named Bellamkonda Ganesh Babu. Ganesh is also an actor and also wanted to become a film producer like his dad.

He did his schooling at Bharatiya Vidya Bhavan Jubilee Hills, Hyderabad. Later, he went to America to pursue his graduation.

Bellamkonda Sai Sreenivas is a South Indian film actor and a model too. He’s also a film producer and a good dancer.

In 2014, he made his debut by Alludu Seenu, an action-comedy film produced by his father and brother. He starred in the movie opposite Samantha Akkineni, with actors like Brahmanandam, Prakash Raj, and Pradeep Rawat.

Then, in 2016, he appeared in a romantic-comedy movie named Speedunnodu. He appeared in the film with Sonarika Bhadoria, famous for her portrayal of Goddess Parvati in a TV series titled Devon Ke Dev…Mahadev.

In 2017, he starred with Rakul Preet Singh in a romantic-action film Jaya Janaki Nayaka. Then, in 2018, Sai Sreenivas appeared in two movies named Saakshyam and Kavacham.

Later, in 2019, he first appeared in Sita along with Kajal Aggarwal and Sonu Sood. The same year, he appeared in a psychological thriller named Rakshasudu with stars like Anupama Parameswaran and Saravanan.

His upcoming movies are Alludu Adhurs, in which he’ll be pairing up with Nabha Natesh and Tiger Nageswara Rao.

Q1: Who is the wife of Sreenivas Bellamkonda?

Q2: Who is the girlfriend of Sreenivas Bellamkonda?

Q3: What is the height of Bellamkonda Sreenivas?

Q4: What is the age of Sreenivas Bellamkonda?

I hope you liked the Biography of Bellamkonda Sreenivas and if you have any queries regarding this post, let us know in the comment box.