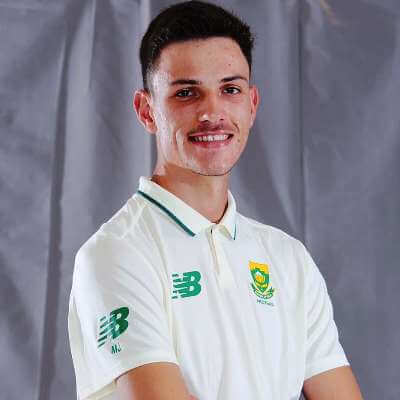 Marco Jansen is a left-hand fast bowling allrounder born on May 01, 2000, in Klerksdorp, South Africa. His father, Jacoubous Jansen (aka Koos), is a former Rugby player who used to play for Free State Cheetahs.

His mother, Erna Pretorius, is a former Netball player.

Cricket was introduced to Marco and his twin by their father. He’s the one who used to play cricket with them in their backyard. Also, he’s the first to teach them the game’s nuances, as he himself was associated with a sport at that time.

However, it took 164* runs from nine-year-old Marco and an inning of 80 from Duan in a school match to convince their father that they could perform well in this ‘field.’  And from then towards they started focusing more and learning better about this crazy game of bat and ball.

He did his primary education at Goudkop Primary School. Later, he moved to Potchefstroom Gimnasium, North West, South Africa.

He began playing cricket for North West at different age-group levels. Marco then played a lot of cricket for his school team. He then started playing at a senior level representing North West in the domestic scene of cricket.

On April 08, 2018, the bowling allrounder made his List-A debut for North West against Gauteng in the CSA Provincial One-Day Challenge series. He picked Muhammed Mayet’s wicket and scored 8* runs on his debut day. 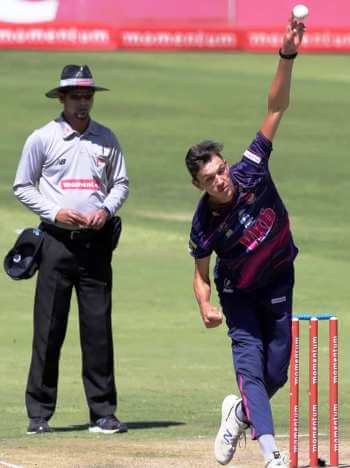 The same year, on October 11, he started his First-Class career by playing against Eastern Province in the Provincial Cup. It was kind of a dream debut for Marco, as he took five wickets in the game, but it couldn’t help his team win the match.

Next year, in 2019, he became part of the SA National Under-19 team. Also, he made his T20 debut for the Knights opposite Warriors the same year, in which he picked the wicket of JJ Smuts. 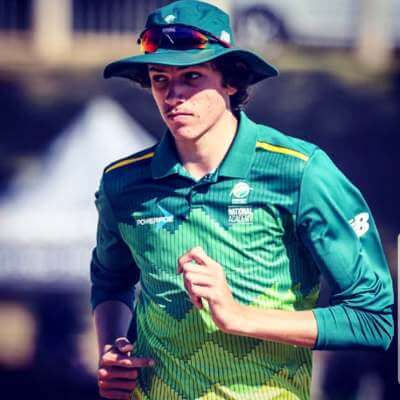 Later, in January 2021, he also joined the Test squad for the series against Pakistan; however, he didn’t get the chance to play in any matches. He made his Test debut on December 26, 2021, against India, and picked five wickets  in the game.

In 2019, Marco played for Durban Heat in the Mzansi Super League (MSL). He played only three games for them in that season.

Later, in 2021, Mumbai Indians (MI) picked Marco Jansen at the auction for his base price of Rs. 20 lakhs. 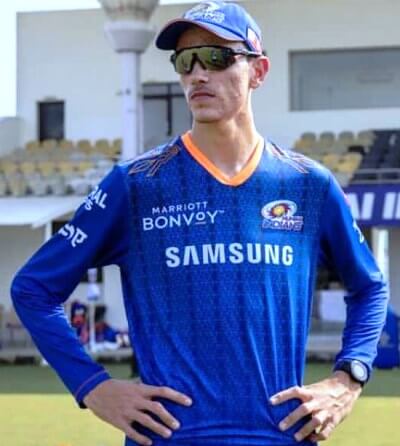 The 6ft. 8″ left-arm pacer made his debut for MI on April 10, 2021, against Royal Challengers Bangalore (RCB). He picked the wickets of Glenn Maxwell (his maiden IPL wicket) and Shahbaz Ahmed on his IPL debut.

The next year, Sunrisers Hyderabad (SRH) bought him for INR 4.2 crores at the 2022 IPL auction.

Q1: What is the age of Jansen?

Q2: What is the height of Marco Jansen?

Q3: Who is the wife of Marco Jansen?

Q4: What is the average ball speed of Jansen?

Q4: Who is the twin brother of Marco?

I hope you liked the Biography of cricketer Marco Jansen and if you have any queries regarding this post, let us know in the comment box.