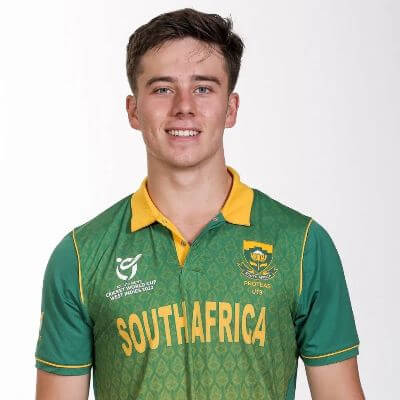 On April 29, 2003, Dewald Brevis was born in Johannesburg, South Africa. His mother, Yolanda Brevis, is self-employed.

His father’s name is Jack Brevis.

He has an elder brother named Reinard Brevis.

He did his studies and learned the basics of cricket at Afrikaanse Hoër Seunskool (Affies), Pretoria. Proteas star cricketers like AB de Villiers and Faf du Plessis are alumni of the same school.

Brevis’s cricket journey started in his backyard like many others. He used to play cricket with his elder brother on the pitch made by his father. His mum would also throw balls at him for hours in the absence of Reinard.

The sport that he started playing in his backyard took a shift, and he began playing in parks and eventually in actual cricket grounds. 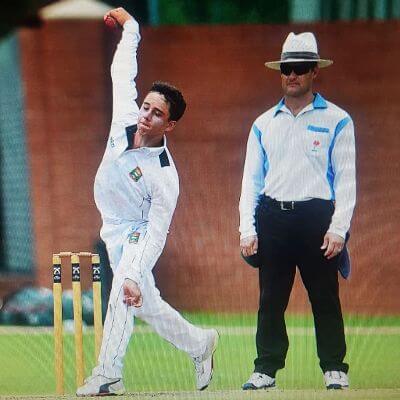 Later, he played for his school (Afrikaanse Hoër Seunskool) cricket team. In 2016, he played for Northern Under-13s before making his place in the Under-19s squad.

Later, on December 26, he played his first Under-19 ODI opposite West Indies Under-19s. He made 14 runs in 25 balls and picked three crucial wickets in the match.

Bravo ‘Brevis’ at the World Cup:

After that, he got selected for the 2021/22 Under-19 World Cup. In his first match of the WC, Brevis scored 65 off 99 balls against India. Also, he took the wickets of R Bawa and VK Ostwal. 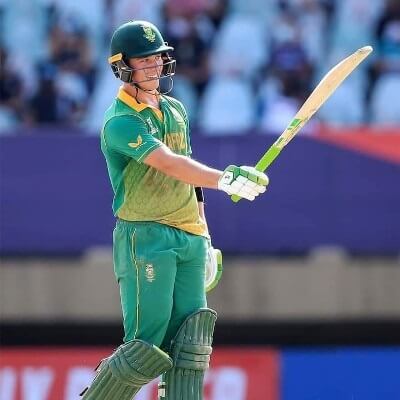 In his second game, against Uganda, he scored a brilliant hundred (104) in just 11o balls, including 11 fours a six. Thereafter, he scored another fifty (96 off 122 balls), including seven boundaries and four sixes. Dewald made 506 runs in the tournament in six matches with two centuries and three fifties.

He won Man of the Series Award for his performance in the world cup. He will soon play for Northerns in the 2021-22 domestic season.

Q1: What is the height of Dewald Brevis?

Q3: Who is the girlfriend of Dewald Brevis?

Q4: What is the age of Brevis?

I hope you liked the Biography of Dewald Brevis and if you have any queries regarding this post then let us know in the comment box.