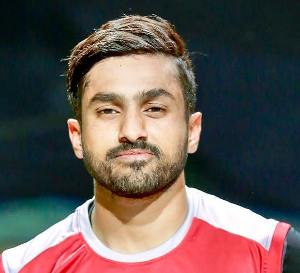 Karun Nair Biography – From being a premature baby to becoming only the second Indian cricketer entering into the 300 Club!

His father, Kaladharan Nair, is a mechanical engineer and businessman. His mother, Prema Nair, is a teacher in a school in Koramangala, Bangalore.

He was born in Jodhpur and brought up in Bangalore. But, his family is originally from Kerala.

He has an elder sister named Sruthi Nair, who has been married since 2005.

Karun Nair married to Shanya Tankariwala in January 2020. His wife is a media professional.

He was born as a premature baby, which resulted in the weakening of his lung capacity. He was later advised to do some physical activity daily to overcome the problem. So, his parents bought him a cricket bat, and he started playing gully cricket with his friends. 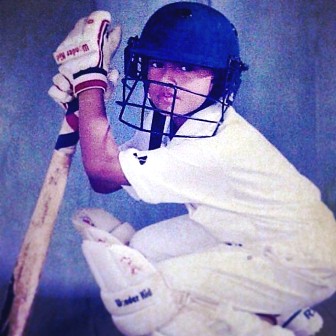 Later, his family shifted to Bangalore in the year 2000. There, he joined Koramangala Cricket Academy and started honing his skills under B. Shivanand.

He did his primary schooling at Bangalore’s Chinmaya School till the 4th standard. Then, he studied at Frank Anthony Public School.

He did his graduation from Sri Bhagawan Mahaveer Jain College. Cricketers like KL Rahul, Mayank Agarwal, and Shreyas Gopal are also alumni of the same college.

On February 20, 2012, he started his List-A career for Karanataka by playing against Goa in the Vijay Hazare Trophy. He remained not out at 15 in the game, as his team chased down the score of 54 runs. 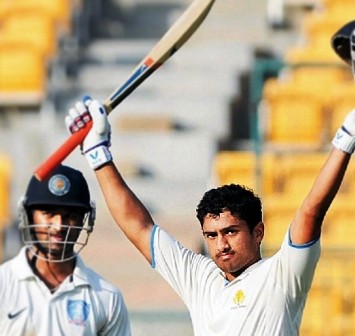 A year later, in March 2013, he played his first main T20 match against the same team. He didn’t get the chance to bat; however, he did bowl and picked a wicket in his first and only over of the match.

The same year, on December 14, Nair made his First-Class debut against Punjab in the Ranji Trophy. He scored 21 runs in the first innings and didn’t get the opportunity to bat in the second innings of the match.

On June 11, 2016, Karun made his ODI debut along with KL Rahul and Yuzvendra Chahal against Zimbabwe on India’s tour of Zimbabwe. He made only seven runs in the match; however, his childhood friend, Rahul, scored a century on the debut match. 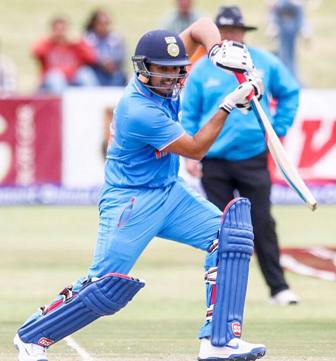 The same year, in November, he made his Test debut against England. He got run out on his first Test by Josh Buttler at the score of 4 only.

Soon, on his third test match, against the same team, he hammered 303* runs, including four sixes and 32 fours, in 381 balls. On that day, Nair became only the second Indian cricketer after Virender Sehwag, who scored 300+ runs in a Test match.

In 2012, Royal Challengers Bangalore (RCB) bought Nair for Rs. 8 lakh. But he didn’t get to play any match in the season. Karun Nair made his IPL debut for RCB on April 04, 2013, against the Mumbai Indians (MI). 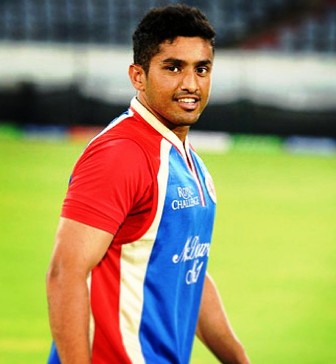 The following year, Rajasthan Royals (RR) picked him at the auction for Rs. 75 lakhs. He played his first match for RR on April 26, 2014, opposite his last franchise, RCB. He scored his maiden IPL fifty against Delhi Capitals (DC). 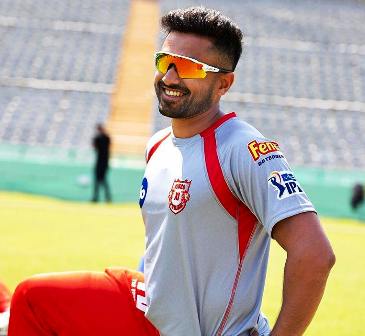 Later, Kings XI Punjab (KXIP) bought him for whopping 5.6 crores at the auction. Nair played his first match for them against DC, in which he scored a half-century (50 runs of 33 balls). He played for the same team in IPL 2019. Also, KXIP retained him for IPL 2020.

Q2: What is the height of Karun Nair?

I hope you liked the Biography of Karun Nair and if you have any queries regarding this post,  let us know in the comment box.