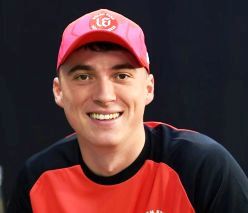 On November 11, 1998, Tom Banton was born in Chiltern, Buckinghamshire. His father, Colin Banton, is a former South African-born cricketer who had played for England and is presently a businessman.

His mother’s name is Jayne Banton, who is a swim teacher.

His younger brother, Jacques Banton, is also a cricketer, and he is currently playing for Worcestershire 2nd XI. Jacques is also an ambassador of an organization named ‘SportingMindsUK.’

Banton also used to play hockey until opting for cricket as his career. He had played for the under-17s hockey team.

Later, he joined King’s College, where his housemaster, Phil Lewis, a former English cricketer, recognized his talent and taught him under his guidance. Lewis was also the coach of English wicket-keeper batsman Josh Buttler. 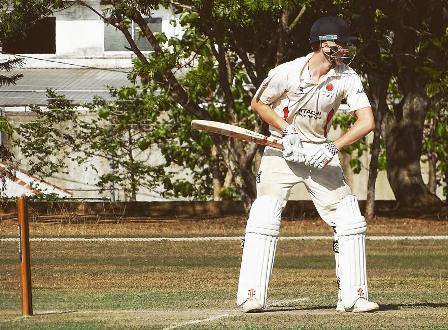 At 17, in a match against Somerset Academy, Tom scored a century for King’s, by which Somerset’s director, Steve Snell, got impressed and recruited him for Somerset. A week later, he played for Somerset Second XI opposite Middlesex and played a brilliant inning of 96 runs.

He did his initial schooling at Bromsgrove School. Subsequently, he attended King’s College, a boarding school in Somerset, England.

On July 16, 2017, Tom Banton made his T20 debut for Somerset against Middlesex in NatWest t20 Blast at Uxbridge. He could only score four runs in the match; however, he stumped Malan on his debut. 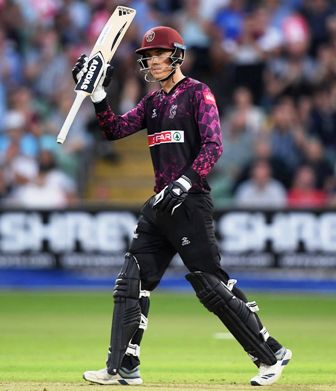 On May 18, 2018, he started his List-A career from the Royal London One-Day Cup series against Surrey at The Oval. He didn’t get the chance to bat in the match because his team had already chased down the target of 129 runs.

In September, Banton made his First-Class debut opposite Surrey at Taunton in the same year. As an opener in the match, he scored 30 runs in the first innings and could only score four runs in the second innings before getting out by Tom Curran. In that season, he scored 570 runs in 12 matches, with 79 runs.

On November 05, 2019, Tom Banton played his first T20 International match opposite New Zealand at Nelson. He scored 18 runs on his debut, including two fours and a six. Later, he was named in the squad for the series against South Africa but didn’t get the chance to play.

Brisbane Heat signed Tom Banton for the 2019-20 Big Bash League. Meanwhile, the wicket-keeper batsman showed his skills in his very second match of the BBL by smashing 64 runs, including six fours and four sixes in 36 balls. Later, in a game against Sydney Thunders, he hit 56 runs in just 19 balls. He hammered five sixes in the over of Nair and a total of 7 sixes in that match. 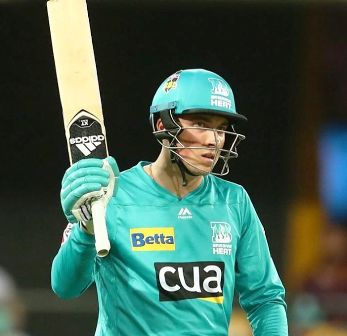 Banton has also played for the Qalandars in the T10 league held in Abu Dhabi, where he scored 162 runs in 5 matches at an average of 40.50, with two fifties.

He was signed by the Peshawar Zalmi ahead of Pakistan Super League 2020.

Kolkata Knight Riders (KKR) bought Tom Banton at the 2020 IPL auction along with players like Chris Green, Pat Cummins, and mystery spinner Varun Chakravarthy. KKR bought him at his base price of 1 crore.

He made his debut for the team on October 13, 2020, against Royal Challengers Bangalore (RCB).

Q1: What is the height of Tom Banton?

Q2: What is the age of Banton?

Q3: Who is the girlfriend of Tom Banton?

I hope you liked the Biography of Tom Banton and if you have any queries regarding this post, let us know in the comment box.