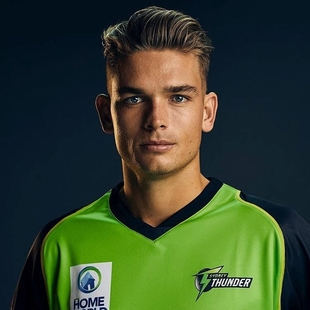 Chris Green Biography – A South-African-born Australian cricketer who has bashed in almost all the leagues of world cricket!

Chris Green was born on October 01, 1993, in Durban, South Africa. His father, Warren, and mother, Lisa Green, are tennis professionals. They both have played tournaments like Wimbledon and French Open.

He has a three-year younger brother, Cameron Green, a professional Tennis player, and he’s currently playing for Australia.

His family moved to Australia when he was 7 years old. He started playing cricket for St. Ives Club in North Shore. At the same time, he attended Sydney’s Knox Grammar School.

Later, he joined the Northern District to enhance his cricketing skills for Grade cricket. Soon he started playing Grade cricket.

On October 04, 2014, he made his List-A debut for the New South Wales in the 2nd Match of Matador BBQs One-Day Cup at Brisbane. The offspinner didn’t get any wicket and went for 40 runs in the eight overs he bowled. However, he remained not out at the score of 11 runs, which ultimately led his team to win the game against South Australia.

Green took his maiden Big Bash wicket in the season 2015/16, as he caught & bowled Ryan Carters in his very first match of the season. He played eight games in the season. He was also part of the final match in which he dismissed Melbourne Stars’ Kevin Pieterson and Peter Handscomb, which led his team to lift the trophy in that season. 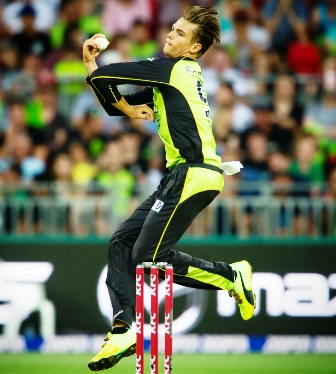 Chris played eight matches in BBL 2016/17 and took seven wickets in the tournament. He also played some hard-hitting knocks in the season. After that, in the 2017/18 season, he played ten matches for the same team in which he dismissed seven batters, and in 6 innings, he scored 88 runs at a strike rate of 139.68.

In BBL 2018, Chris played 14 matches for Thunders and took eight wickets. He also scored 172 runs at the strike rate of 138.93 in the tournament. He remained a part of Thunders for BBL 2019 and signed the most extended deal for the next six seasons.

Quetta Gladiators signed him for PSL 2017/18 season in which he didn’t get any chance to play.

Multan Sultans later signed Green for the 2019 PSL. He played five matches and took four wickets in the tournament. He batted in 3 innings and scored a total of 29 runs.

Green played for Guyana Amazon Warriors in 2018 CPL. In 11 matches, he took ten wickets and scored 53 runs in 7 innings. 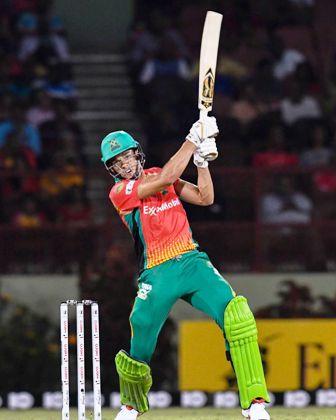 In 2019 CPL, he played for the same team and played 12 matches in the tournament. He dismissed 13 batters in the contest and scored 35 runs in 3 innings.

Chris Green was bought by Kolkata Knight Riders ahead of the 2020 IPL tournament.

KKR bagged him at his base price of Rs 20 lakh, to which he later responded to a website, “I’m yet to hear a bad thing about the IPL from any of the guys that have been there – they’ve all said it’s the pinnacle of T20 cricket.”

He made his debut for KKR on October 17, 2020, against Mumbai Indians, in which he didn’t get the chance to bat. 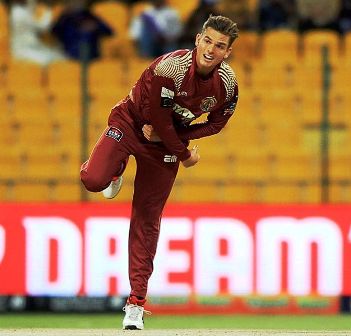 Q1: What is the age of Chris Green?

Q2: Who is the wife of Chris Green?

Q3: What is the height of Chris Green?

Q4: For which team has Green played in IPL?

Q5: What is the birthplace of Green?

Ans: He was born in Durban, but later his family moved to Australia.

I hope you liked the Biography of Chris Green and if you have any queries regarding this post, then let us know in the comment box.