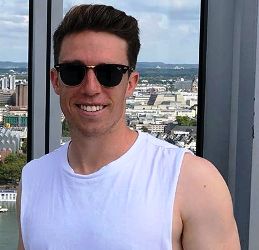 Leo Carter Biography – New sensation of Zealand who hit 6 sixes in an over!

On December 10, 1994, Leo Carter was born in Wellington, New Zealand. His father, Bob Carter, is a former cricketer who has played for England. Presently, he’s the coach of the women’s cricket team of Newzealand.

His mother’s name is Julie Carter. His girlfriend’s name is Ye Yang.

He did his schooling at St Andrew’s College, Christchurch, and completed his graduation from Lincoln University.

He represented New Zealand in the 2012 and the 2014 Under-19 cricket world cup. He played overall 13 matches in both the world cups and scored 206 runs with a strike rate of 69.36, and also has six wickets to his name.

On December 30, 2014, he started his List-A career for Canterbury by playing against Auckland. He could only score three runs before getting caught out by Bates. 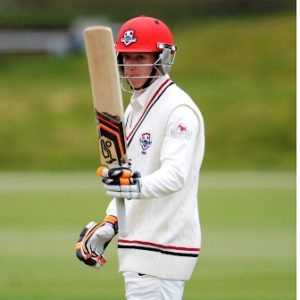 Later, on March 09, 2015, Carter made his first-class debut opposite Northern Districts at Christchurch. He scored 81 runs, including ten fours in the first innings and 26 runs in the second.

In the same year, on November 06, Carter played his first T20 match against Northern Districts, in which he remained out at the score of 15 runs.

On January 05, 2019. It’s a T20 match between Canterbury and Northern Districts. Northern Districts won the toss and opted to bat first. With some fiery shots from Tim Seifert and Dean Brownlie, they managed to reach 219 runs. 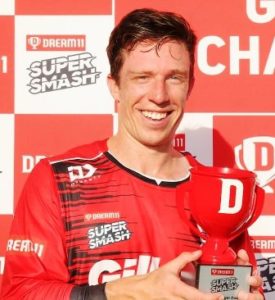 When Canterbury lost its 3rd wicket in the second innings, Leo Carter joined the captain McConchie on the field. Carter played defensively until the 16th over. In the 16th over, Carter smashed six sixes above, bowled by Anton Devcich. He scored 70* runs, including seven sixes and three fours in 29 balls, which led his team to win the game.

Carter is only the 4th player after Yuvaraj Singh (India), Ross Whiteley (England), and Hazratullah Zazai (Afghanistan), who hits six sixes in a row in T20 cricket.

If other formats were included, he is the 7th player to achieve the feat. Herschelle Gibbs in ODI, Sir Garry Sobers, and Ravi Shastri have achieved the feat in first-class cricket.

Q1: Who is the wife of Leo Carter?

Ans: He’s not married yet.

Q2: What is the age of Carter?

Q3: How many players have hit six sixes in an over in a T20 match?

I hope you liked the Biography of Leo Carter and if you have any queries regarding this post, let us know in the comment box.