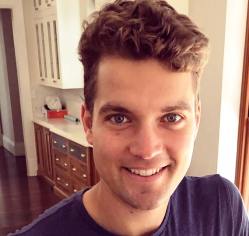 Alex Carey Biography – A former football player who is now bashing the bowlers on the cricket field!

Alex Carey was born on  August 27, 1991, in Loxton, Australia. His father’s name is Gordon Carey.

His mother’s name is Andrea Carey.

Alex has one elder brother named Adam Carey and a sister, Ashleigh Carey. Alex is married to Eloise Carey, who is an occupational therapist. The couple has two children – Louis Carey and Clementine Rose.

Carey used to play both Cricket and Aussie Football during his school days. However, he chose Aussie Football as his initial sports career. At the age of 15, he played for Glenelg in the National Football League of South Australia.

While playing for Glenelg, he was offered a rookie contract by the South Australian Cricket Association. But, he turned it down and moved to Sydney, where he joined the Great Western Sydney Giants. 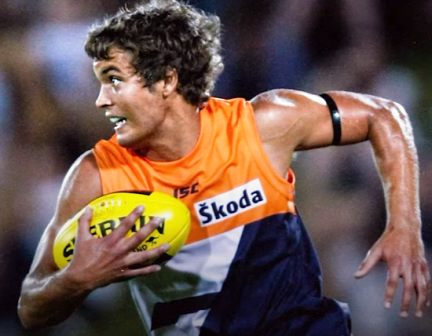 In 2010, he was named the captain of the Great Western Sydney Giants and soon led his club into the finals of the NAB League (formerly known as TAC Cup). He played for the same club in 2011 but later got delisted from the club in 2012. So, then he decided to move back to Adelaide.

After returning to Adelaide, he started playing grade cricket for Glenelg Cricket Club. Soon, he began playing for South Australia.

Then, on February 17, 2013, he made his List-A debut for South Australia against New South Wales in the Ryobi One-Day Cup at Adelaide. He scored 38 runs off 64 balls, including four fours and a six. 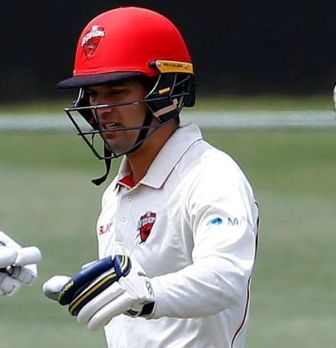 Two days later, he made his First-Class debut opposite the same team. He scored two runs in the first and 17 runs in the second innings. His performances didn’t go well; hence, he got delisted from the cricket side.

Then, he decided to bat down the batting order and started playing as a wicketkeeper-batsman. In the 2015-16 season, he scored 822 runs for Glenelg in just ten matches, resulting in his selection for the 2015-16 Sheffield Shield Season.

On January 19, 2018, Carey made his ODI debut for Australia against England at Brisbane. He scored 27 runs off 24 balls before getting run out by Chris Woakes. 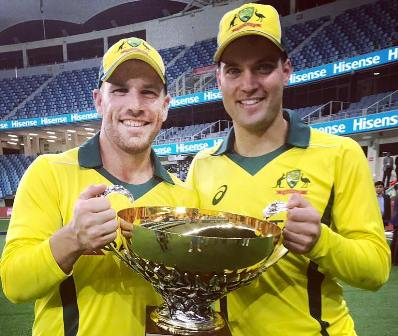 In February, the same year, he made his T20I debut opposite New Zealand at Sydney, in which he remained not out at the score of zero.

Alex Carey made his BBL debut for the Adelaide Strikers in the 2016-17 season, his only game. In the next season of the BBL, he scored his maiden half-century against the Sydney Sixers. 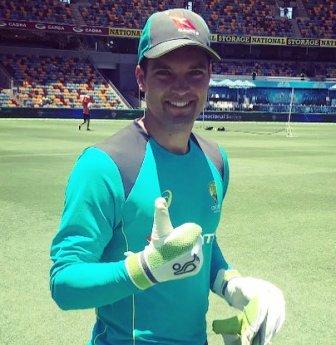 In the same season, his maiden BBL century came against the Hobart Hurricanes, as he was bowled out at the score of 100 by Jofra Archer.

He started the 2018 BBL season with a fifty against the Brisbane Heat. He scored 329 runs in 12 innings at the strike rate of 120.07 in that season. In the following season, he made 391 runs at an average of 35.55, including a fifty against the Perth Scorchers.

Q1: What is the height of Alex Carey?

Q3: Who is the wife of Alex Carey?

Ans: Yes, he used to play Australian Rules Football before getting into professional cricket.

I hope you liked the Biography of Alex Carey and if you have any queries regarding this post, let us know in the comment box.