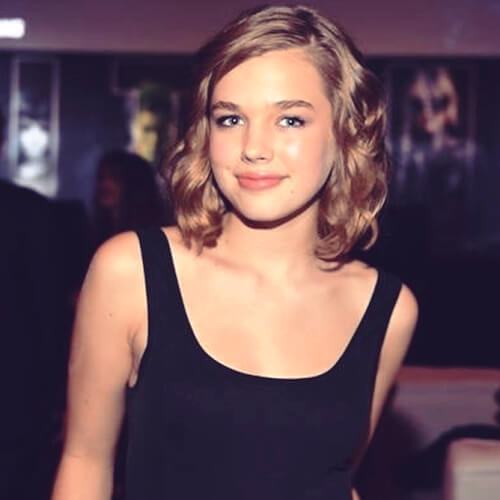 Teagan Croft Biography – From ‘The Osiris Child’ of Sydney to the Raven of Teen Titans!

Teagan Croft was born on April 23, 2004, in Sydney, Australia. Her father’s name is Tims Croft, and her mother’s name is Rebecca McNamee.

Her mother is an American actress who has worked in a short movie titled Acheron.

Teagan has two younger sisters. Their names are Sage and Aubrey Croft, who is the youngest among the siblings. Her aunt, Penny McNamee, is also a renowned Australian actress.

Croft started acting at a very age, as she first did a theatrical drama at the age of nine only. She played the role of Scout Finch in To Kill a Mockingbird, a stage show based on a novel of the same name.

Later, in 2016, she made her debut in the Australian film industry by appearing in The Osiris Child. She played the role of Indi Sommerville, daughter of Kane Sommerville (a character played by Daniel MacPherson). The movie also starred actors with the likes of Kellan Lutz, Isabel Lucas, and Rachel Griffiths.

The same year, she did her first TV series titled Home and Away. She appeared in the show as a supporting character named Bella Loneragan.

Two years later, in 2018, Teagan made her appearance on the American TV series called Titans. It is based on the comics Teen Titans, where she is playing the character of Rachel Roth (Raven) in the series. The initial seasons of the show were telecast on the DC Universe. The show is still running, and you can stream its third season on HBO MAX.

In 2020, she appeared in another superhero-based TV show titled Legends of Tomorrow. However, she appeared only in one of the episodes of the series.

Q1: Who are the siblings of Teagan Croft?

Q2: How tall is Teagan Croft?

Q3: What is the age of Teagan Croft?

Q4: Who is the boyfriend of Teagan Croft?

I hope you liked the Biography of Teagan Croft and if you have any queries regarding this post, kindly let us know in the comment box.