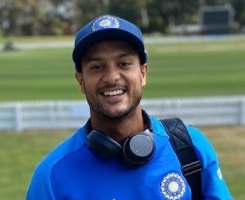 Mayank Agarwal Biography – A two-times double centurion whose hard work pays off after a long-long time!

Mayank Agarwal was born on February 16, 1991, in Banglore, India. His father, Anurag Agarwal, is a Banglore-based businessman.

His mother’s name is Savita Agarwal.

He has a brother named Ayush Agarwal.

He completed his schooling at Bishop Cotton Boys’ School. He did his graduation from Banglore’s Sri Bhagwan Mahaveer Jain University. Mayank Agarwal’s wife is Ashita Sood. She is the daughter of Praveen Sood (Chief police inspector of Karnataka) and Vinita Sood.

Aashita and Mayank dated each other for eight years before their marriage. The couple got married on June )4, 2018.

Mayank Agarwal started playing cricket after seeing Sachin Tendulkar. At the age of 18, he made his youth ODI debut for India against Australia in 2009. In his debut match, Agarwal hit 160, including 18 fours and five sixes off 142 balls. Then, in the next game of the same series, he scored 60 runs off just 37 balls.

Then, he played in the 2009 Under-19 world cup, where he scored only 167 runs in six matches and picked a wicket in the tournament. Later, on October 14, 2010, he made his T20 debut for Karnataka against Goa. He scored a fifty on his first T20 match like his previous debuts. He scored another half-century against Andhra in the 2010 Syed Mushtaq Ali Trophy the very next day. 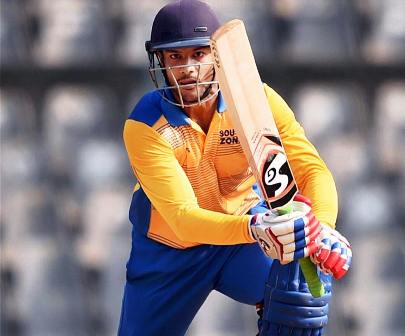 On February 23, 2012, he started his List A career for Karnataka from Vijay Hazare Trophy by playing against Tamil Nadu. He could only score 88 runs out of four matches in that season.

The Rise of his Cricket Career:

On November 01, 2017, in his third match of the 2017-18 Ranji trophy, Agarwal hit not out 304 runs off 494 balls against Maharashtra. In the next game, against Delhi, he scored 176 runs in the first innings and 23 runs before getting bowled out by Navdeep Saini in the second inning. 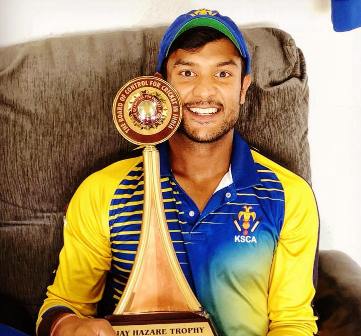 Later, against Uttar Pradesh, Agarwal hit 90 runs in the first innings and 133 runs in the second innings. Agarwal finished that season with 1160 runs at an average of 105.45, including five centuries and two half-centuries. He was also the leading run-scorer of that season.

In the 2017-18 Vijay Hazare Trophy, Mayank Agarwal hit three centuries and four half-centuries and became the season’s leading run-scorer with 723 runs. KS Bharat was on the second on that list with 390 runs. Subsequently, he got to play for India B in the 2018-19 Deodhar Trophy.

After playing a lot of Domestic cricket, Agarwal made his international debut for India by playing the Test match against Australia in 2018. He made 76 runs in the first innings and 42 in the second inning. In the next Test, he opened the innings with his off-field friend KL Rahul and scored 77 runs. 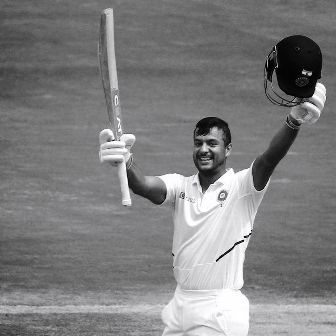 Later, he joined India’s 2019 world cup squad as a replacement for injured Vijay Shankar; however, he didn’t get the chance to play in any game. Later, in October 2019, he made his maiden Test century against South Africa, as he scored 215 runs off 371 balls. In the following Test, he scored 108 runs off 195 balls. 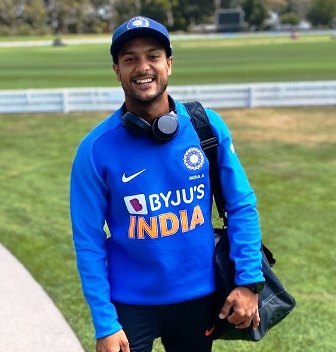 The same year, in 2019, Mayank Agarwal hit another double century but this time only against Bangladesh. He made 243 runs just off 330 balls, including 28 fours and eight sixes. Later, on February 05, 2020, he made his ODI debut against New Zealand at Hamilton, scoring 32 runs off 31 balls.

Firstly, Royal Challengers Banglore (RCB) signed Mayank Agarwal for the IPL for 1 million for three years. He played for RCB from the 2011 IPL to 2013. He also played the 2011 Champions League Twenty-20 tournament for RCB. Mayank made his IPL debut against Kochi Tuskers Kerala, where he scored 33 runs off 24 balls.

Mayank’s maiden IPL fifty came in the 2012 IPL season against Mumbai Indians. Delhi Capital later signed him for the next three seasons of IPL for a whopping 16 million INR. Interestingly, he played his first IPL match for DC against his last year’s team, RCB.

He scored his maiden fifty for Deccan Chargers in the 2015 IPL season. Later, he was transferred to RPS for IPL 2017. However, he got to play just three matches for them.

Later, Punjab Kings (PBKS) signed him for the 2018 IPL season for 10 million and also got retained by the team for the 2020 IPL. He made his maiden IPL century against Rajasthan Royals (RR) on September 27, 2020. He is currently in the same team.

Q1: What is the age of Mayank?

Q2: What is the height of Mayank Agarwal?

Q3: Who is the wife of Mayank Agarwal?

Q3: For how many teams have Mayank ever played in IPL?

Ans: He has played for four IPL teams so far. Here’s the list-

I hope you liked the Biography of Mayank Agarwal and if you have any queries regarding this post, then let us know in the comment box.