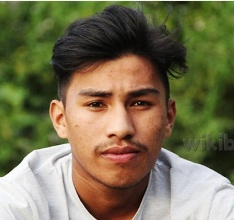 Rex Rajkumar Singh was born on August 30, 2000, in Sagol Moirang Hanuba, a village in Manipur. Currently, we don’t have any information regarding his family. 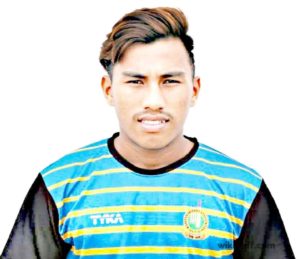 From a very young age, he was good at sports. He learned Taekwondo, practiced football, and then started playing tennis ball cricket in his nearby local ground.

Mr. Rohendro Singh recognized his talent when he was just 10 years old and then started coaching him with the leather ball.

Later, Rex Singh became the first Manipuri and the second overall cricket player from North-East who represented India in Cricket. Assam’s Abu Nechim was the first player ever got selected from North-East. 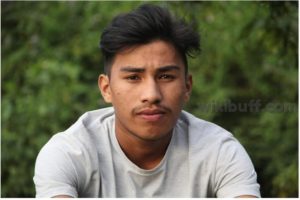 On September 19, 2018, Rex started his List-A career from Vijay Hazare Trophy against Puducherry. He bowled 6 overs in the match but didn’t get any wicket.

About one and a half months later, on November 01, 2019, he made his first-class cricket debut against Sikkim in Ranji Trophy. He took 3 wickets in the match and scored a total of 15 runs in the game. 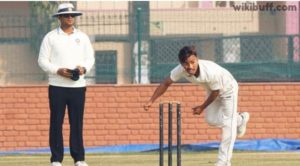 He was selected for the U19 South Africa Tour in February 2019.

On November 08, 2019, he made his T20 debut against Rajasthan in Syed Mushtaq Ali Trophy at Thiruvananthapuram.

10 Wickets in an Inning by Manipuri Cricketer :

On December 11, 2018. It was a match between Manipur and Arunachal Pradesh.

And an interesting fact is that he missed three hat-tricks in the game. 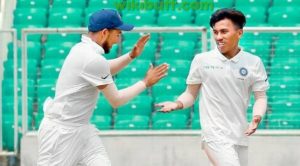 In the first innings of the match, he took 5 wickets, and in the second innings, he took 10 wickets and a total of 15 in the game.

Arunachal’s whole team collapsed at the score of 36 runs, and Rex Rajkumar Singh became the third Indian who took 10 wickets in an innings. Shubash Gupte and Anil Kumble were the last bowlers to do so.

In December 2019, Rex took 8 wickets at an economy of 2.75 against Mizoram in Ranji Trophy. The Manipuri cricketer also scored 65 runs in the first innings. He took 2 wickets and scored 10 runs in the second innings, which led to the Manipur’s victory in the plate group match. He also won the man of the match award for his incredible performance in the game. 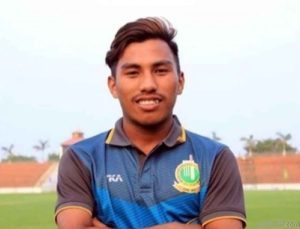 Hope you liked the Biography of Rex Rajkumar Singh article. If you have any queries related to it, then definitely tell us in the comment box.