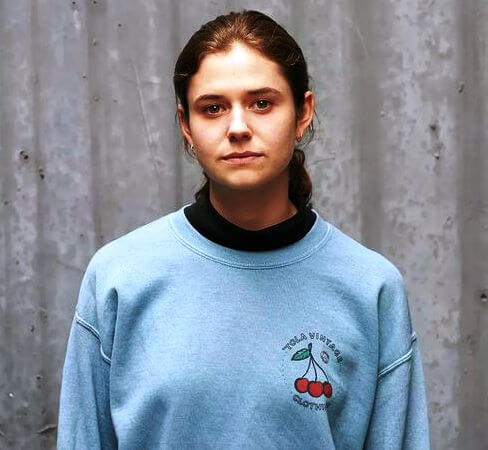 Alison Oliver Biography – The Irish actress who started “drama” at the age of 11!

Alison Oliver was born in 1999 and hailed from Ballintemple, Cork, Ireland. Her mother, Lynn Oliver, is a social worker. Her father works in a superstore.

She has two older sisters (twin).

She did her schooling at Scoil Mhuire, a private all-girls school located in Cork city. Oliver completed her graduation in acting from The Lir Academy, a part of Trinity College Dublin, in 2020.

Oliver spent her early life in Dublin (Blackrock) with her sisters. She became fond of different art forms like singing, drama, and dancing from a very early age.

She then joined The Performer’s Academy and Cork School of Dance, where she learned singing and dancing. Also, she started doing drama classes at the same time.

All her basic drama classes helped her audition for The Lir Academy. While studying there, she performed in various productions, like The Comedy of Errors, Blood Wedding, Romeo and Juliet, Rutherford and Son, and The Cherry Orchard.

Later, Alison Oliver bagged her first role in the form of Frances for a TV series titled Conversations with Friends. The show features Taylor Swift‘s boyfriend Joe Alwyn, Jemima Kirke, and Sasha Lane. The television show will be released on May 15, 2022.

In 2022, she also appeared in a short film named Brother.

She will soon be appearing in another tv show named Best Interests.

I hope you liked the Biography of Alison Oliver and if you have any queries regarding this post, let us know in the comment box.