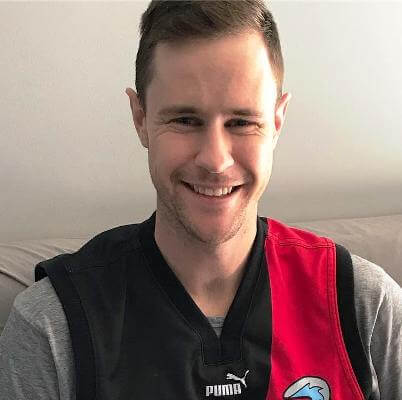 Jason Behrendorff is an Australian cricketer born on April 20, 1990, in Camden, Australia. His mother’s name is Deanne Behrendorff.

His father’s name is Milton Behrendorff.

He has two siblings, a sister named Amy and a brother Luke Behrendorff. Luke, his elder brother, is an Australian Handball player.

The couple has two sons – Harrison (the elder one) and Levi Behrendorff, born in December 2020.

He started off his cricket career for the Australian Territory Capital (ACT). Between 2005 and 2009, he played different age-level cricket for the ACT, including under-17s and under-19s.

Later, on February 19, 2011, he started his List-A career for Western Australia (WA) by playing against Tasmania in the Ryobi One Day Cup. He took one wicket in the match, and that too on the very first delivery of his List-A career.

The same year, in November, Jason played made his first-class debut for WA opposite Victoria in the Sheffield Shield. He took four wickets in the first and one in the second innings. The fun fact is, he took James Pattinson‘s wicket twice in the game.

Later, in October 2017, Jason Behrendorff finally made his international career for Australia by playing a T20I match against India on the India tour of Australia. 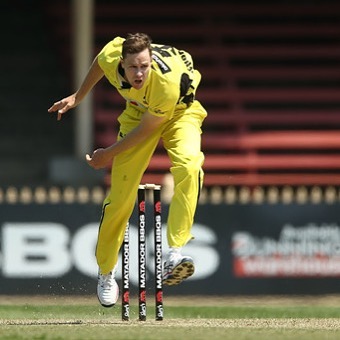 The 6ft 4″ tall Aussie cricketer later made his ODI debut in 2019 against the same team he played his first international match. He picked two wickets in the game with an excellent economy of 3.90. However, Jhye Richardson‘s four-wicket didn’t let him become the man of the match.

Perth Scorchers signed Jason Behrendorff ahead of the BBL 2012-13 season. He made his debut against Melbourne Renegades on December 29, 2012. His first BBL wicket came in the form of Aaron Finch, although he picked three wickets on his debut match. 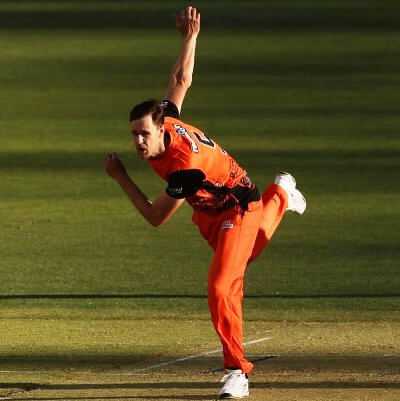 He played continuously for Scorchers till 2015-16, as he missed the next couple of years before getting in the team in BBL 2018.

Behrendorff missed the next BBL too and made his comeback in the BBL 2020 team.

Mumbai Indians (MI) signed Jason for IPL 2018 at a whopping 1.5 crores INR. However, he missed the tournament due to an injury. 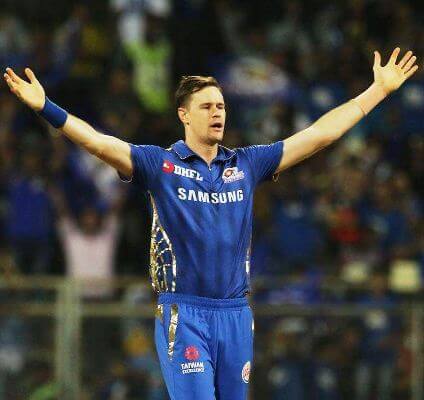 They retained him for the next season, and Jason made his debut for MI against CSK on April 04, 2019. His maiden IPL wicket was Ambati Rayadu.

Q1: Who is the wife of Jason Behrendorff?

Q2: What is the height of Jason Behrendorff?

Q3: What is the average bowling speed of Behrendorff?

Q4: What is the age of Behrendorff?

I hope you liked the Biography of Jason Behrendorff and if you have any queries regarding this post, then let us know in the comment box.