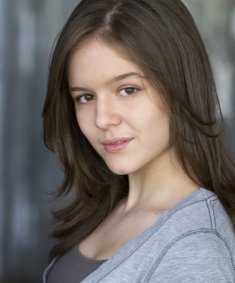 Izabela Vidovic was born on May 27, 2001, to Croatian parents in Chicago, Illinois, United States.

Her mother, Elizabeta Vidovic, is an actress, filmmaker & writer. She has appeared in TV series like Without a Trace, Southland, and movies like Crashing, Farzaneh, Find me, Hourglass, Insight, and many more. Also, she gained credits as a writer for films including Find Me, Crashing, Complexion, Severed Silence, Working It Out, and May I Die.

Her father, Mario Vidovic, is a film producer. He was an executive producer of Severed Silence and the short movie, Hourglass.

She has a sister named Katarina Vidovic, known for her role (as Mary Kingsley) in the Find Me movie.

Izabela did her schooling at Toll Middle School. At a very young age, she got influenced by her parents, especially her mother, who are all related to the film industry.

By the time she was just seven or eight, she had already performed in stage productions of Mary Poppins, Camp Rock, and Annie.

She started her acting career from TV series, then appeared in movies, gave soundtracks, wrote scripts, produced films, and directed a short film.

Izabela started her acting career on the big screen by Find Me (as Frankie) along with her mother and sister. The movie was co-written & co-produced by her mother, Elizabeta.

Later, in 2013, she appeared in the short-movie Complexion. She played the role of the young Eva, the actual character portrayed by her mother.

In the same year, she starred in another short movie, “Because These Kids Are…,” written by herself. She was also the co-producer of the movie.

Then, she appeared in Diane Ladd, starring Grave Secrets. Later, Izabela appeared in the action thriller film Homefront. She played the role of Maddy Broker, daughter of Phil Broker (played by

In 2015, she appeared in another short movie May I Die, along with her mother and Kathryn Michelle.

In 2017, Vidovic acted in the movie Wonder as Via, sister of the main protagonist, i.e., Auggie (played by Jacob Tremblay). The film featured Julia Roberts, Owen Wilson, Sonia Braga, Noah Jupe, and others.

In 2018, she starred in a short comedy movie “Working It Outtogether” with Alison Robertson and Dayton Knoll. She is also going to appear in a horror movie titled Severed Silence.

Izabela first appeared on TV with the American sitcom Raising Hope. She then appeared in Conan and later in Criminal Minds: Suspect Behavior. In 2011, she starred in Little in Common, a 30-minute long TV movie.

In the year 2012, she appeared in Up All Night and Harry’s Law. She then appeared in another TV movie Christmas Angel and later in Deadtime Stories. The same year, she starred in two more Television movies, Help for the Holidays and Little Brother.

In 2013, she appeared in the horror-comedy movie Zombieland. Later, in 2014, she got noticed in two of the episodes of the Sci-Fi-Drama The 100and in one episode of Bones.

In 2015, she made regular appearances in About a Boy as Shea Garcia Miller. In the sci-fi animated series Halo, she gave her voice to a character named Linda.

She had played the role of Taylor Shaw in The Fosters and Isobel Bloom in the crime-drama iZombie. She has also been a part of the TV series Supergirl since 2017.

Vidovic had also been part of Veronica Mars. She played the role of Matty Ross and only appeared in episodes released in the year 2019. 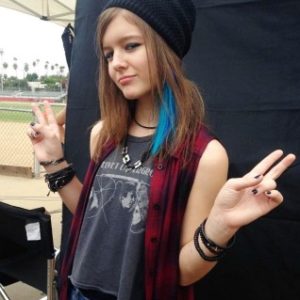 Q2: What is the height of Izabela Vidovic?

Q3: Who is the boyfriend of Izabela Vidovic?

Q4: Where is the hometown of Vidovic?

I hope you liked the Biography of Izabela Vidovic and if you have any queries related to it, then definitely tell us in the comment box.

If you find this Post share-worthy, kindly share it with your friends and loved ones. Thank you.