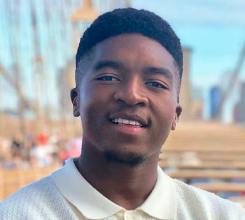 Lutho Sipamla Biography – A new bowling sensation from South African cricket who can consistently bowl up to 145 Kmph!

Lutho Sipamla was born on the 12th of May, 1998, in Port Elizabeth, South Africa. His father, Mahlubandile Sipamla, was an Insurance broker. He has two brothers, Cebo Toyi and Nasele Sipamla, and a sister named Sihle Sipamla.

Later, he moved to Grey High, where he continued playing cricket. Wayne Parnell, Johan Botha, Jan Serfontein, and Siya Kolisi are some of the famous alumni of Grey High School.

In 2015, Lutho Sipamla represented South Africa at under-17s age-level cricket. Later, in the same year, on July 5th, he made his under-19s debut for South Africa against Bangladesh. He bowled six overs in that match but didn’t get any wicket. However, in the next game, he did get his maiden under-19s wicket.

Later, he played in the 2016 ICC under-19 world cup, where he picked just three wickets in 3 matches. Then, on January 5, 2017, he made his First-Class debut for Eastern Province against Border. He picked two wickets at an economy of 3.64 and scored 4* runs. 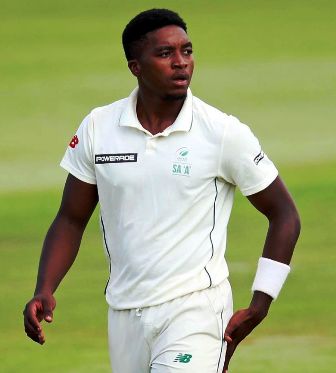 A month after, in February, he started his List-A career opposite Free State. He bowled four overs on his first-class debut but didn’t get any wicket, also didn’t get the chance to bat in the match.

Later, on September 14, 2018, Lutho made his T20 debut against Namibia at the Africa T20 Cup. He bowled four overs and picked two wickets for just 15 runs.

On February 3, 2019, Lutho Sipamla made his international debut by playing in the T20I match against Pakistan in Johannesburg. He bowled well but couldn’t get any wicket in the game. 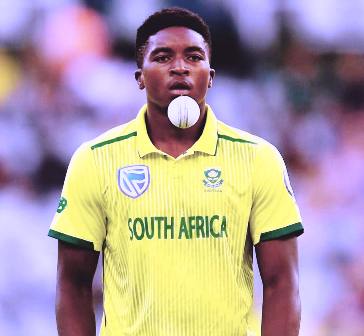 A year after, in February 2020, he made his ODI debut opposite England, where he picked one wicket out of the seven overs he bowled in the match.

In the 2018 MSL, he played for the Tshwane Spartans with the likes of AB de Villiers, Lungi Ngidi, Morne Morkel, and Tom Curran. He played ten matches and picked 16 wickets in the tournament.

Lutho played for the same team in the 2019 MSL, which didn’t go well for him. He played six matches and picked only one wicket in the season.

Q2: What is the age of Sipamla?

Q4: What is the average bowling speed of Sipamla?

I hope you liked the Biography of Lutho Sipamla and if you have any queries regarding this post, let us know in the comment box.