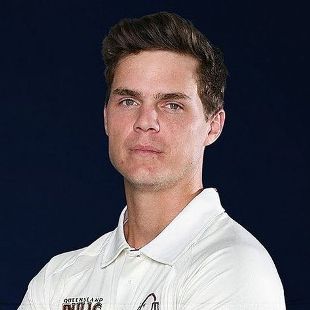 Mitchell Swepson Biography – New Australian Leg-spinner who has impressed the likes of Shane Warne with his bowling skills.

Mitchell Swepson was born on October 04, 1993, in Queensland, Australia.

He has two brothers named Ryan Swepson and Jordan Swepson.

He started his cricket career by playing for Queensland. Swepson has played different age group level cricket for the team, including under-17s and under-19s level. He also used to play for his college cricket team before becoming a part of the senior Queensland team.

In October 2015, he made his List-A debut for Cricket Australia XI against New South Wales in the Matador BBQs One-Day Cup. He bowled six overs in the match but couldn’t get any wicket. Also, in the next innings, he got out at the score of one run only. 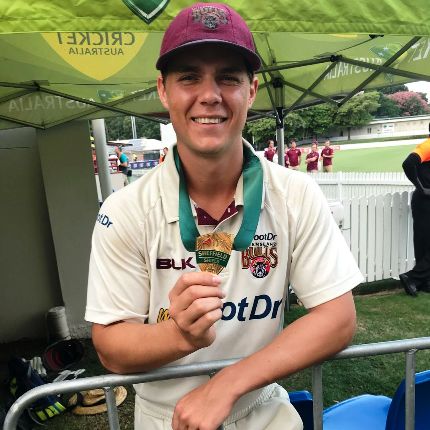 The same month, he played his first First-Class match against New Zealanders on Australia’s tour of New Zealand. He didn’t get to bowl or bat in the game, as it ended up in a draw on the second day of the match.

Later, on December 06, 2015, Mitchell Swepson made his debut in Sheffield Shield by playing against New South Wales, representing Queensland. He didn’t get any wickets in his first match of the tournament; however, he made a brilliant comeback in his next game and picked six wickets against South Australia.

He finished the tournament with a total number of 17 wickets in his tally.

Swepson was named as a part of Australia’s Test squad in 2017 against India and Bangladesh in the same year in August 2017. However, he didn’t get to play in any of the series. 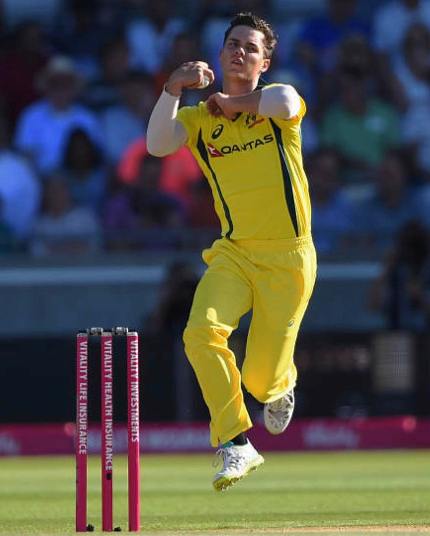 Later, in June 2018, he made his international debut for Australia by playing a T20I match against England. He bowled four overs and picked two wickets in the game. His maiden T20I wicket came in the form of England’s wicket-keeper batsman Jos Butler.

His quality leg-spin bowling in the 2015 Sheffield Shield tournament helped him to sign a contract with the Brisbane Heat for his very first BBL season. Mitchell Swepson made his debut for Heat on January 10, 2016. Also, he picked two wickets on his debut match. 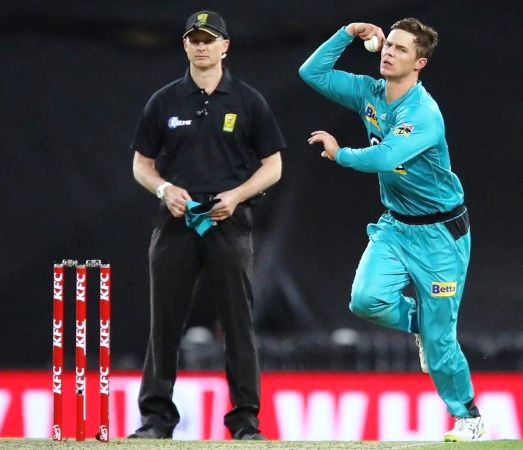 Although he played only two matches in his first BBL season, he’s been a regular team member since then. He played nine games for the team in the next season and picked 12 wickets in the tournament.

Then, in 2017-18 BBL, he played ten matches and took five wickets in the season with the best bowling figure of 3 for 14 runs. In the next two seasons, he picked nine wickets each season for the Heat. Furthermore, Brisbane Heat retained him for the 2020-21 Big Bash League.

Q1: What is the age of Mitchell Swepson?

Q2: What is the height of Mitchell Swepson?

Q3: Who is the girlfriend of  Mitchell Swepson?

Q4: Where is the hometown of Swepson?

Ans: He is from Queensland, Australia.

I hope you liked the Biography of cricketer Mitchell Swepson and if you have any queries regarding this post, kindly let us know in the comment box.