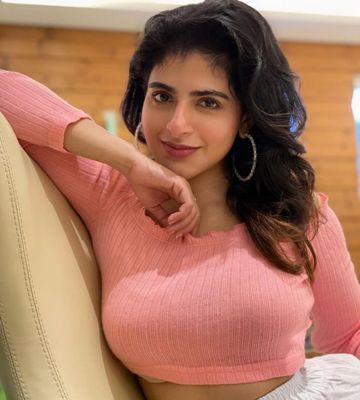 Iswarya Menon (born as Aishwarya Menon), an Indian actress born on May 08, 1995, in Tamil Nadu, India. Her father’s name is Varadha Rajan.

Her mother’s name is Jaya Mukesh Menon is a makeup artist.

She has an elder brother named Abhishek Menon. Her family has roots in Kerala; however, she was born and brought up in Tamil Nadu.

Iswarya always wanted to become an actress. She even used to participate in drama competitions and fests in her school days. And continued her active participation in such contests in her college too.

Her parents didn’t allow her initially, as they wanted her to first complete her graduation. She did that and managed to convince them to follow her passion.

After completing college, she got a job in a software company. She worked there for a while and later decided to quit her job to pursue her dream, i.e., acting.

She did her schooling at Sethu Lakshmi Bai Higher Secondary School in Nagercoil. Later, she attended Udaya Engineering College, where she completed her graduation in Instrumental Engineering.

Menon started her acting career in 2012 from a TV serial called Thendral. It was a Tamil show in which she played a minor role of a girl named Shruti. The show was aired on Sun TV.

The same year, Iswarya made her debut in a rom-com film titled Kadhalil Sodhappuvadhu Yeppadi, starring Amala Paul and Siddharth. 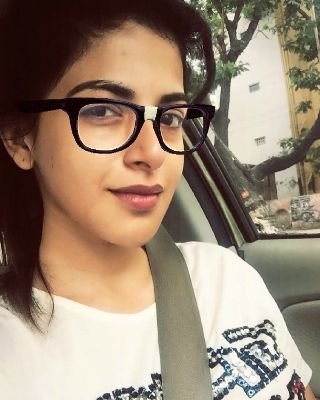 The next year, in 2013, she made her debut in the Tamil industry as a lead role in a Tamil movie named Apple Penne. She starred in the film with actors like Vatsan, Roja, Suresh, and others. The same year, she made her appearance in another Tamil film called Theeya Velai Seiyyanum Kumaru.

Also, Iswarya made her debut in the Kannada film industry in 2013 with a film titled Dasavala. She played the lead role in the movie opposite actor Prem. 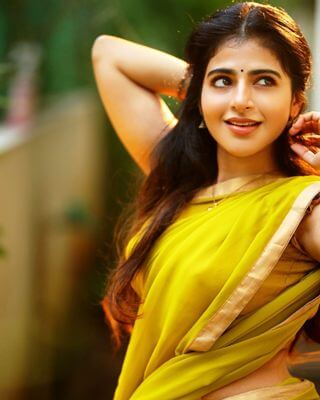 Then, in 2014, she appeared in her second Kannada movie Namo Boothatma, a horror-comedy film.

In 2017, she appeared in Veera, as a lead role alongside Kreshna. Later, in 2018, Iswarya Menon starred in Tamizh Padam, the sequel of Tamizh Padam, with Shiva, Disha Pandey, and Satish Muthukrishnan.

Later, in February 2020, she appeared in a Tamil movie Naan Sirithal alongside Hiphop Tamizha Aadhi and KS Ravikumar.

Q1: Who is the husband of Iswarya Menon?

Ans: She’s not married yet.

Q2: What is the height of Iswarya Menon?

Q3: Is Iswarya Menon a Malayali?

Ans: She is a Malayali (her family belongs to Kerala), but she’s brought up in Tamil Nadu.

Q4: What is the age of Iswarya?

Q5: What is the real name of Iswarya Menon?

I hope you liked the Biography of Iswarya Menon and if you have any queries regarding this post, then let us know in the comment box.