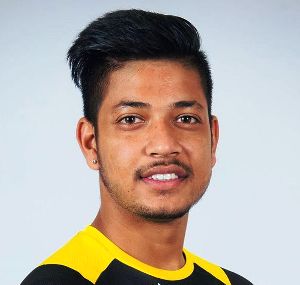 His father, Chander Narayan Lamichhane, is a retired Indian Railway employee. His mother, Kopila Devi, is a homemaker.

He has an elder sister (Indu Lamichhane) and a brother named Mohan Lamichhane.

He is the youngest among the siblings. His brother is also an employee in the Indian Railways.

Sandeep Lamichhane was born on August 02, 2000, in Syanja, Nepal. Soon after his birth, the family moved to India, as his father used to work in Indian Railways in Haryana. There, his interest in cricket started building by watching legends like Sachin Tendulkar and Shane Warne.

Later, at the age of around 9 or 10, he shifted back to Nepal along with his sister. Soon, he joined Chitwan Academy, a cricket academy in Nepal, and started honing his skills under coach Raju Khadka. Although both Sachin and Warne were his favorite cricketers, he decided to become a spin bowler.

He used to learn spin bowling skills by himself by watching videos of Shane Warne. Even in an interview, he said, he used to watch his (Warne’s) videos, and then he would practice for hours in the nets.

One day, Nepal’s then cricket coach, Pudu Dassanayake, saw Lamichhane’s bowling in the net and was so amazed by his skill that he called him to a training group of under-19 cricketers. He had barely crossed the age of 15 at that time.

Sandeep Lamichhane made his under-19s cricket debut and world debut on the same day (January 28, 2016). He played his first match against New Zealand u-19s, in which he bowled seven overs and managed to get a wicket.

In his second game in the world cup, against Ireland’s u-19s, he took five wickets and became the man of the match. He ended up in the tournament as the second-highest wicket-taker with 14 wickets. 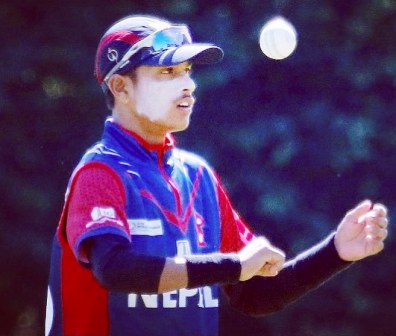 The same year, he made his List-A debut for Nepal against Namibia.

Later, Kowloon Cantons picked him for the 2016 Hong Kong T20 Blitz. During the same tournament, he caught the eyes of former Australian skipper Michael Clarke who then helped him to play for Western Suburbs in Sydney Club Cricket.

Later, on August 01, he made his ODI debut against the Netherlands. He bowled the full ten overs quota and managed to pick a wicket in the match. 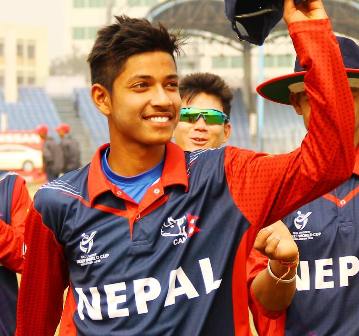 Later, in 2019, he played his debut First-Class match for Nepal opposite Marylebone Cricket Club. He took three wickets in the game.

On May 13, 2018, he made his IPL debut for Delhi Capitals. His maiden IPL wicket was Parthiv Patel. He also played for the same team in IPL 2019 and was retained by the franchise for IPL 2020. 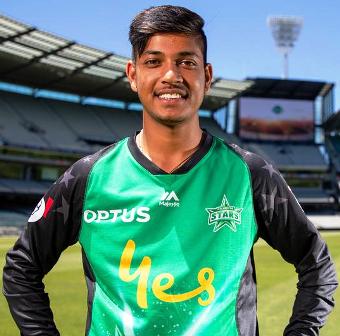 Also, in the year 2018, Lamichhane signed a deal with Melbourne Stars for playing in the Big Bash League (BBL). He took 11 wickets in his debut BBL season and 15 wickets in the next season (BBL 2019).

In 2019, he played for the Sylhet Sixers in BPL. The same year, Sandeep played for Lahore Qalandars in PSL, where he picked 11 wickets in 7 matches for his team.

Q1: What is the age of Lamichhane?

Q2: What is the height of Sandeep Lamichhane?

Q3: Who is Sandeep’s father?

Q4: Where does Lamichhane live?

Ans: He lives in Nepal.

I hope you liked the Biography of Sandeep Lamichhane and if you have any queries regarding this post, let us know in the comment box.