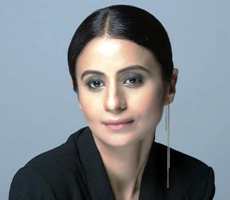 Rasika Dugal Biography – Daydreaming and bhangra-loving Punjabi who regrets being an actor only once a month when she has to pay her bills, is what she described herself.

Rasika Dugal is an Indian actress born on November 17, 1985, in Jamshedpur (Jharkhand). Her father’s name is Raveen Dugal, and her mother’s name is Jessie Dugal, who runs their businesses.

She has two sisters, Upneet Dugal and Kashvi Dugal.

Rasika Dugal is married to actor Mukul Chadda, who was once a banker in New York. Mukul has appeared in movies like Satyagraha, Ek Main Aur Ekk Tu, etc. He also appeared in some short films and web series like The Office.

Rasika did her schooling at Sacred Heart Convent School in Jamshedpur. She completed her Bachelor of Science degree (BSc) in mathematics from Lady Shri Ram College, Delhi. She also has a diploma in social communications media from Sophia Polytechnic, Mumbai.

Later, she signed up for an acting course at FTII (Film and Television Institute of India) in Pune and went to Mumbai after finishing her course at FTII.

Dugal started her career from a small role in Anwar in 2007. Before getting her first lead role in a movie, she also appeared in No Smoking, Hijack, Tahaan, Agyaat, and, Thanks Maa. Apart from films, she started her TV career with Upanishad Ganga in 2008. She is also a well-known face in the Indian web series.

In 2011, she made her debut in Kshay as a lead role. She played the role of Chhaya in the movie opposite Alekh Sangal. It was written and directed by Karan Gour; the movie also won awards at film festivals in Los Angeles and Shanghai.

Two years later, in 2013, she appeared in a multi-Starrer film, Aurangzeb. She played Trishala in the movie and shared the screen with Rishi Kapoor, Jackie Shroff, Swara Bhaskar, Arjun Kapoor, and Sumeet Vyas.

The same year, Rasika appeared in Qissa with Tisca Chopra, Irrfan Khan, and Tilotama Shome. The movie was first released on September 08, 2013, at TIFF (Toronto International Film Festival) in Germany and India.

In July 2016, she made her debut in the Malayalam film industry by Kammatipaadam, although she has a small role in the movie.

In 2018, Rasika appeared in Nandita Das’s directorial Manto as Manto’s wife Safiya, and Nawazuddin Siddiqui played the character of Manto. Later, she appeared in Tu hai Mera Sunday as Tasneem and Once Again as Sapna. 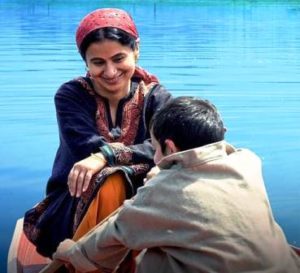 Dugal appeared in Aijaz Khan’s directorial Hamid in the year 2018. She played the role of Ishrat (mother of Hamid) in the movie. She won the Best Actor award at RIFF (Rajasthan International Film Festival); also, Aijaz won the Best Director award at the same event.

Then in 2020, she appeared in Lootcase, which was released on the online streaming platform Hotstar. She starred with Kunal Khemu, Vijay Raaz, Ranvir Shorey, and Gajraj Rao. She will be further seen in the movie Lollypop Since 1947.

In 2008, she began her career with Upanishad Ganga, a serial based on Upanishads. In 2009, Rasika appeared in Powder as ‘Rati,’ along with the actors like Pankaj Tripathi Manish Choudhary. The same year she did a cameo in Rishta.com.

Later, in Kismat, she played Lubna’s (Kabir’s wife) role, and then she starred in TV shows like Dariba Diaries and POW – Bandi Yuddh Ke. Rasika is currently active in the Television industry and hosting Devlok with Devdutt Pattanaik, a mythological TV show.

Rasika started her web series career in 2016 from a cameo in TVF’s Permanent Roommates. In the same year, she acted for TVF’s series Humorously Yours (Season 1 & 2) as Mrs. Kavya Goyal opposite standup comedian Vipul Goyal.

In 2017, she did a sketch named Saheb, Biwi & Billi with Vipul Goyal. In the same year, she appeared in a short movie called Chutney along with Tisca Chopra and Adil Hussain. It was written by Tisca Chopra and directed by Jyoti Kapur Das.

Later, in 2019, she appeared as a guest in Amazon’s Made in Heaven TV series. In March 2019, Rasika appeared in Delhi Crime, a Netflix series based on the 2012 Delhi gang-rape case. She played the role of Neeti Singh, a trainee IPS officer in the series.

She also played the lead role in Out of Love, streaming on Hotstar from November 2019. The show is an adaptation of Dr. Foster (a UK-based show) in which she played the character of Meera Kapoor alongside Purab Kohli.

Q1: Who is the husband of Rasika Dugal?

Q2: What is the age of Rasika?

Q3: Who are the siblings of Rasika?

I hope you liked the Biography of Rasika Dugal and if you have any queries related to it, let us know in the comment box.