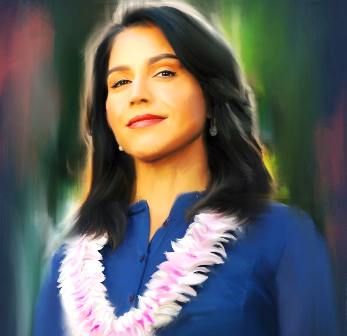 Tulsi Gabbard Biography – From an introvert teenage surfer to Combat fighter to the Presidential Campaign!

Gabbard’s family is full of diversities. Her family members are associated with different professions like sports, politics & the military. But there is one thing common in all, that is, Business.

Her family also runs some non-profit organizations, which are related to Health and Environmental issues.

Her father, Mike Gabbard, is a state senator of Hawaii and was born in the Fagatogo town of American Samoa. He was first associated with the Republican Party, but in 2007, he joined the Democratic party.

He has a Bachelor’s degree in English and also did a Master’s in Adult Education. Mike has been a Teacher, Counsellor, College administrator, Headmaster of a private school, and owner of a Restaurant.

Tulsi’s mother, Carol Porter Gabbard, was born in Indiana’s Decatur. Both run a business in Hawaii named Toffee Treasures, which is quite popular in the area.

She has a Bachelor’s degree in Speech Therapy. She got elected to the Board of Education in the year 2007. Carol is a former teacher, tutor, and businesswoman.

Gabbard has one sister and three brothers. Her brothers are Narayan, Jai, and Bhakti Gabbard. Her sister, Vrindavan Gabbard, is the youngest in the family, and she is a U.S. Marshall.

Her brothers are associated with sports and also manage their family business.

She moved to Hawaii with her family at the age of 2 years old.

She got her initial education by home-schooling. Later, she completed her graduation in International Business from Hawaii’s Pacific University.

She used to work with her family and siblings to run their family businesses. In the meanwhile, like her mother, she also started practicing Hinduism.

On April 9, 2015, Tulsi Gabbard married Abraham Williams, Hawaii & a DC-based cinematographer. He is also a Steadicam operator & a Photographer.

Williams has been covering her political campaign ads before their marriage. They both love Surfing. Tulsi stated in an interview that she and Abraham became friends because of their mutual love for Surfing.

Even Abraham proposed to her on an evening after the Surfing. 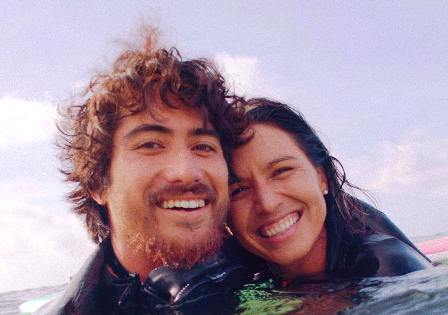 Tulsi was first married to Eduardo Tamayo, which ended on June 05, 2006.

At the age of 21, in 2002, Tulsi Gabbard became the youngest woman state legislator of Hawaii. She represented District 42 of West Oahu. Her prime focus during the election was on education, tourism, and the development of Hawaii.

In 2006, she moved to Washington D.C. and provided her service in U.S. Senate as a legislative advisor of Daniel Akaka. They both worked on various issues like the environment, security & energy. 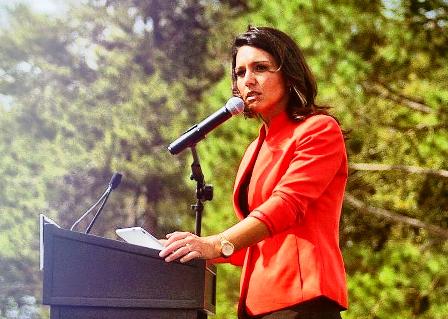 In 2010, she was elected to the Honolulu City Council. She worked as the Chair of Safety, Economic Development & Government affairs. She was also the vice-president of the Budget Committee and a member of the Public Work Committee.

The First Hindu Representative at US Congress:

In 2012, she contested the election for the U.S. House from Hawaii’s 2nd Congressional district as Democrat’s candidate. She won the election by defeating David Crowley of the Republican party and became the first-ever American-Hindu member elected to Congress. 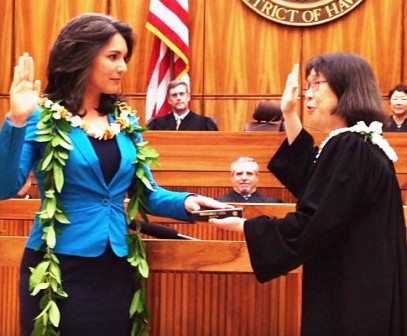 In November 2014, she again won the election by defeating David Crowley.

In 2016, Tulsi defeated the Republican’s Angela Kaaihue, and in 2018, she defeated Brian Evans of the same party. As a result, she won the U.S. House Representatives election back to back four times.

On January 24, 2019, Tusli announced her name for the President’s election by uploading a video on her website and later started her campaign officially. 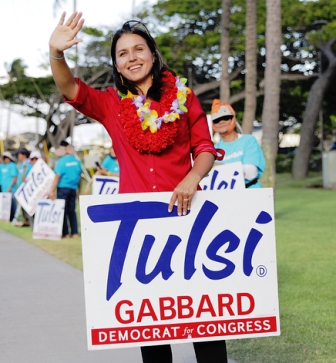 Gabbard’s campaign name is ‘2020 Tulsi’, and her campaign slogan is ‘Lead with Love.’

In January 2020, Billionaire Nelson Peltz, and his wife, Claudia Peltz, donated $5,600 each to the presidential campaign of Gabbard.

Later, in March 2020, she ended her presidential campaign and endorsed Joe Biden, former vice president of the United States.

In 2003, when Gabbard provided her services to the Hawaii state as a legislator, she got selected in Hawaii’s Army National Guard, a part of the United States military.

The following year, her brigade (29th BCT) was called up for the Iraq war, where she joined as a medical specialist.

In 2007, she completed her training at Alabama Military Academy, became the first woman to do so in the academy’s history, and joined her brigade as an Army Military Police Officer. 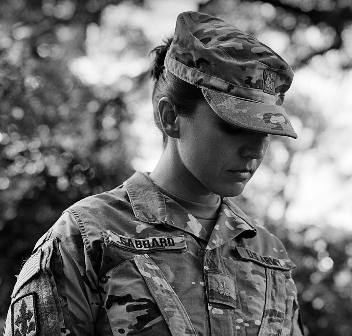 Later, she was deployed in Kuwait from the year 2008 to 2009. In 2015, Tulsi was promoted as ‘Major’ from ‘Captain’ and continued her services in the Hawaii Military Guard. 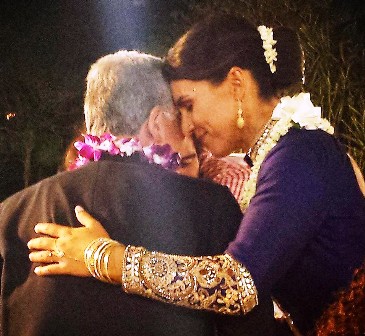 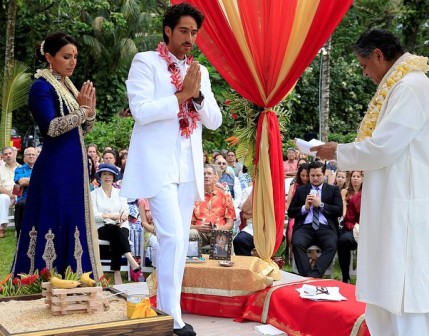 People worldwide, especially in India, think Tulsi Gabbard is an Indian, as she believes in the Hindu religion.

Some of their questions are like – Is Tulsi born in India? Is she has any relation to India? So the answer is a big NO. She isn’t Indian. Even, she has cleared this misconception many times in her interviews.

Q1: What ethnicity is Tulsi Gabbard?

Q2: Who is the husband of Tulsi Gabbard?

Q4: What is the age of Gabbard?

Ans: She is a practicing Hindu.

Q6: What is the height of Tulsi Gabbard?

I hope you liked the Biography of Tulsi Gabbard, and if you have any queries regarding this post, then do let us know in the comment box.