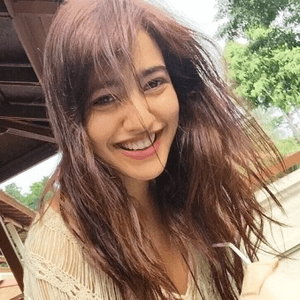 Neha Sharma Biography – Daughter of a politician, sister of a model who wanted to be a fashion designer, but turned into an actress who is actively working in Bollywood, Tollywood, Mollywood & Kollywood.

Neha Sharma was born on November 21, 1987, in Bhagalpur, Bihar. In her early years, Sharma got suffered from Asthma which made her unwell and physically weak, but later she got it cured completely.

After completing her 12th from Carmel Convent School, she joined NIFT college to pursue her passion for Fashion Designing. In between, she did her internship in Canada. 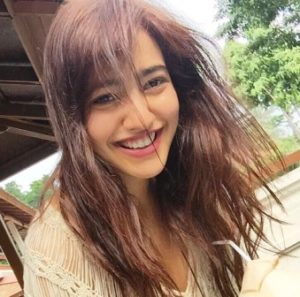 Once her gym instructor asked her for a photoshoot. Later based on her photos she was called to meet Ram Charan for his launching movie in the south film industry. Neha got the chance and both Ram Charan & Neha Sharma did their first film with each other.

She did her schooling from Mount Carmel School, Bihar and after finishing her high school, she moved to Delhi’s Carmel Convent School.

Neha wanted to be a fashion designer so after completing her academics, she pursued Fashion Designing course from NIFT (National Institute of Fashion Technology), New Delhi.

Neha’s Father, Ajeet Sharma, is a former businessman who once had the owner’s right of a petrol-pump in Bhagalpur.

He is a member of the Indian National Congress Party & MLA from Bhagalpur since 2014. Even Neha has campaigned for her father several times during the election period. Neha’s mother’s name is Vibha Sharma.

She has 2 sisters Reetika & Aisha Sharma, and a brother Vaibhav Sharma. Aisha is a model and actress.

Neha Sharma made her film debut in 2007. Her first movie was Chirutha, a Telugu action-film in opposite to Ram Charan, son of the south’s film superstar Chiranjeevi. She played the character of Sanjana in the movie. The movie was a worldwide box-office hit with some good critics’ reviews.

In 2009, she starred in another Telugu movie Kurradu, which was based on a real-life incident. Sharma was in the main lead along with Varun Sandesh & P Ravi Shankar.

A year later, Sharma made her Bollywood debut in the movie Crook: It’s good to be bad. It was an action-thriller movie directed by Mohit Suri & produced by Mahesh Bhatt.

She was in the lead of the film along with Emraan Hashmi & Arjan Bajwa. The film didn’t go well at the box-office and even the critics didn’t like the movie, but the songs in the film got noticed & loved by everyone.

Later, she did a cameo in Teri Meri Kahaani (2012). In the same year, she appeared (as Simran) in the adult-comedy movie Kyaa Super Kool Hain Hum with Riteish Deshmukh, Tusshar Kapoor, and Sarah Jane Dias. The movie got some mixed reviews from the critics, but it earned a lot at the box-office.

In 2014, Neha Sharma appeared in a movie Youngistaan with actors like Jackky Bhagnani, Boman Irani, Farooq Sheikh, etc. The chemistry between Neha and Jackky didn’t get enough attention from the viewers, so the film went Bomb at the Box-office. Later, she also starred in a short movie Kriti (2016). In the same year, Sharma appeared in the Chinese-Indian history-based movie Xuanzang, and in the sequel of Tum Bin i.e. Tum Bin 2.

After a special appearance in Mubarakan as Advocate Nafisa Qureshi, Neha made her Mollywood (Malayali) debut from Solo. Solo was a bilingual anthology art film in Malayalam & Tamil.

She played the role of ‘Akshara’ in Malayalam version and ‘Bama’ in the Tamil version of the movie. Neha featured in the movie along with actors like Dulquer Salmaan, Dhansika, Sruthi Hariharan and more.

On May 12, 2020, she made her debut in web series from “Illegal”. Neha starred in the web show, based on a court-room drama,  along with Piyush Mishra.

She is also going to make her debut in the Punjabi Film industry along with Gippy Grewal. At present, there are no updates regarding the movie. 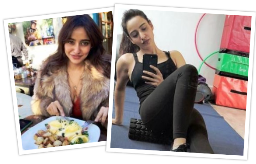 Q3- What is the age of Neha Sharma?

Q4- Is Aisha Sharma the sister of Neha Sharma?

Ans- Yes, Aisha is the younger sister of Neha Sharma.

Q5- What is the height of Neha?

Q6- Who is the boyfriend of Neha Sharma?

Ans- She was in a relationship in the past, but currently we don’t have any information regarding her boyfriend.

Hope you liked the Biography of actress Neha Sharma and if you have any query related to it, tell us in the comment box.