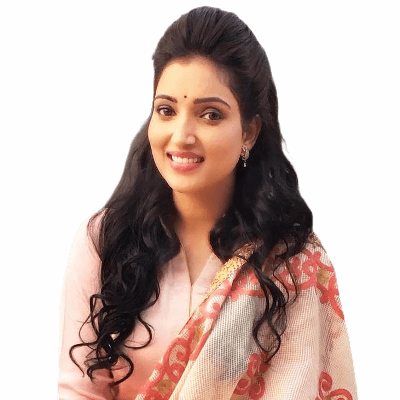 Rupali Bhosale is an Indian actress born on December 23, 1983, in Maharashtra, India. Her father’s name is Prakash Bhosale.

Her mother’s name is Pradnya Bhosale.

She has a younger brother named Sanket Bhosale.

She did her schooling at St Thomas High School in Mumbai. Later, she attended University of Mumbai where she completed her graduation.

She married to Milind Shinde in the year 2012. However, the marriage didn’t last long, and they divorced later.

Rupali Bhosale is currently in a relationship with Ankit Magare. Her husband is a filmmaker.

She started her acting career doing theatre and all. In 2007, she made her debut in Bollywood with a movie titled Risk. However, her role wasn’t that big in the movie. Also, it was her only Hindi film till date.

Later, in 2009, she made her debut in Marathi TV industry with Man Udhan Varyache. Then, in 2012, she appeared in Don Kinaare Doghi Aapan. She was part of an another Marathi show called Dilya Ghari Tu Sukhi Raha in the mean time. 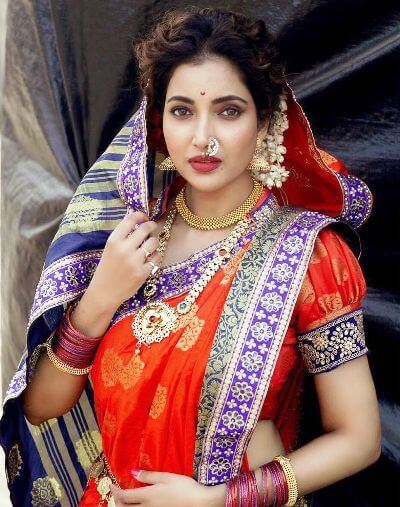 In 2013, she starred in the Marathi movie Chaandi which was based on a Marathi fictional story called Mhais.

Later, in 2020, she replaced Deepali Pansare as one of the lead characters of Aai Kuthe Kay Karte.

She made her debut in Hindi TV industry with a show called Kasme Waade. However, Rupali Bhosale’s first TV show as a lead character was Badi Door Se Aaye Hain (BDSAH). The show was aired for two years (2014-2016) on Sab TV.

Later, she appeared as Maya in another SAB TV’s show called Tenali Rama.

In 2013, she participated in a Marathi Dance show named Eka Peksha Ek Apsara Aali. She couldn’t reach the finals, as she got eliminated after first few rounds. Deeptii Ketkar was the winner of that season.

Rupali Bhosale appeared in the second season of Bigg Boss Marathi in 2019. Personalities with the likes of Shivani Surve, Kishori Sahane, Surekha Punekar, Neha Shitole, and others participated in the show. 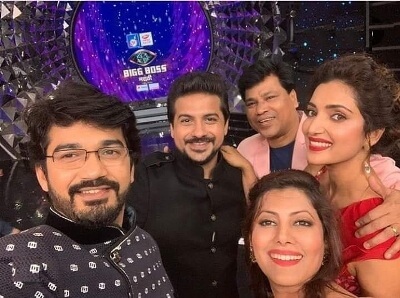 Bhosale managed to survive there for 70 days and got evicted from the show in the tenth week.

Q1: Who is the husband of Rupali Bhosale?

Ans: She was married to Milind Shinde (Divorced now).

Q2: Who is the boyfriend of Rupali Bhosale?

Q3: What is the height of Rupali Bhosale?

Q4: What is the age of Rupali?

I hope you liked the Biography of Rupali Bhosale and if you have any queries regarding this post then let us know in the comment box.

If you find this post share-worthy, kindly do share it with your friends and the loved ones.
Thank you.