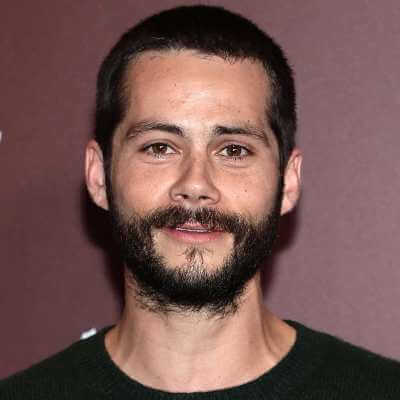 A boy who wanted to be a sports broadcaster but ends up becoming a successful actor! Also, we’ll let you know about facts like Dylan O’Brien girlfriend, favorite movies, food, etc.

Dylan O’Brien is an American actor born on August 26, 1991, in New York City, US. His mother, Lisa Rhodes O’Brien, is a former actress and businesswoman who used to run an acting school. She belongs to English, Spanish and Italian ancestry.

His father, Patrick O’Brien, is a camera operator in the acting industry and of Iranian descent.

He has one year elder sister named Julia O’Brien.

He spent his initial years in New Jersey and later shifted to California with his family when he was around 12 years old. Soon, he began making videos and putting them on Youtube. He just continued uploading his videos online and got a good following there.

After seeing his videos, a local director asked him to work with her for a web series. This is how he got into acting, which he never considered for his future.

In 2009, he completed his schooling at Mira Costa High School. He wanted to attend Syracuse University and major in Sports Broadcasting, but he changed his mind and pursued his acting career.

Dylan was in a relationship with actress Britt Robertson. The couple started dating after they shot “The First Time” together in 2012.

Dylan stated about Robertson in an interview that she was “the coolest chick I’ve ever met. She’s the most laidback, funny little firecracker.”

They kept their relationship for the next six years before parting ways in 2018. Later, Brien was rumored to be dating Chloë Grace Moretz, although it didn’t last long, and they split up very soon.

When it comes to Dylan O’ Brien girlfriend, it’s still a secret who he is dating currently. However, it’s for sure (as per RUMORS) that he is definitely in a relationship with somebody, although his partner’s name is yet to come out. As per new Rumors, Dylan O’Brien is dating model Rachael Lange.

He began his acting career with a tv show named Sweety High in the year 2010.

Dylan got his first significant role the very next year. He has played the role of Stiles Stilinski in the famous television series Teen Wolf from 2011 to 2017. American actors Tyler Posey, Crystal Reed, and Tyler Hoechlin were among the lead roles in the show.

Meanwhile, he did some minor roles in shows like First Dates and New Girl in 2013. Later, in 2019, he appeared in one of the episodes of the comedy show Weird City.

Then, he appeared in Amazing Stories; a shows produced by Apple TV. His last appearance on tv was in 2021, as he made a cameo in the American sitcom Curb Your Enthusiasm.

O’Brien made his movie debut only after a year he appeared on the small screen. In 2011, he began his journey with High Road. Soon, he appeared in two short films named “Sacks West,” in which he played the role of Dylan, and “Charlie Brown: Blockhead’s Revenge.”

Then, in 2012, he debuted in the featured film The First Time. It was indeed ‘the first time’ he played the leading role in a movie. Dylan OBrien ex-girlfriend Britt Robertson co-starred in the film. In 2013, he appeared in the comedy movie The Internship.

Later, he starred in The Maze Runner and its sequel “Maze Runner: The Scorch Trials,” based on American writer James Dashner’s novel of the same name.

In 2016, he appeared in Deepwater Horizon, a film based on an actual incident. The subsequent year, he starred in American Assassin with actors including Michael Keaton, Sanaa Lathan, and Shiva Negar.

Then, in 2018, he first did a voice-role Bumblebee for its character with the same name and later appeared in the third part of the Maze Runner movie series.

Two years later, Dylan appeared in the mystery thriller Flashback with Maika Monroe and Hannah Gross. After that, he starred in Love and Monsters opposite Jessica Henwick.

In 2021, he appeared in a science fiction film titled Infinite and “All Too Well: The Short Film.” Later, in 2022, he featured in The Outfit & Not Okay.

I hope you liked the Biography of actor Dylan O’Brien and if you have any queries regarding this post, let us know in the comment box.