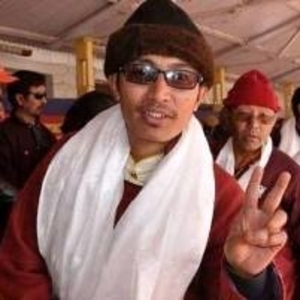 Jamyang Tsering Namgyal Biography – From BJP’s District Officer to the most recognizable MP of Ladakh.

Jamyang Tsering Namgyal was born on August 4, 1985, in Matho village, Ladakh. His father Stanzin Dorjey is a carpenter in the Military Engineering Service, and his mother, Ishey Putit, is a homemaker.

He has a sister named Tsering Lamo. She is self-employed (as per her Facebook profile). Tsering Namgyal got married to Tsering Lamo on February 22, 2019. His wife is a Government worker.

Tsering completed his secondary education at the Central Institute of Buddhist Studies School, Leh. He holds a degree of Bachelor of Arts from the University of Jammu.

Namgyal’s political career started when he was studying at Jammu University and became the president of the All Ladakh Student Association (ALSA). Being a President, he worked a lot for the students’ community, and especially for Ladakhi students who live outside Ladakh.

He established various facilities for them like LPG subsidizing, scholarships, and many other things. 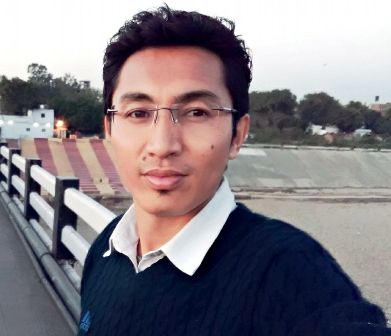 All his good deeds lead him to get the membership of the BJP (Bhartiya Janta Party) in 2012. Later, he became the secretary of BJP’s district office, held in Leh. There, his work is to write applications on behalf of those people who can’t read and write well.

Then, in 2013, he became the state spokesperson, and soon became the In-charge of Ladakh affairs.

The next year, he became the Private Secretary of Thupstan Chhewang. He did a lot of campaigns for him, which made Chhewang win at the 2014 Lok Sabha election. 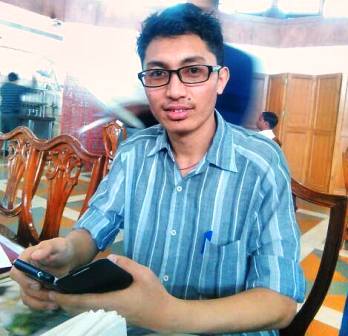 In 2015, Tsering contested elections for the Councilor’s post of Ladakh Autonomous Hill Development Council (LAHDC) from the Martselang constituency and won by 825 votes. And soon turned into the media secretary of Jammu & Kashmir.

Jamyang Tsering – The MP of Ladakh:

Finally, all his hard work pays, as he entered the National Politics in the year 2019. Namgyal got the ticket from BJP for India’s largest Lok Sabha Constituency, i.e., Ladakh, in the 17th Lok Sabha election.

Tsering already had experience regarding the constituency and campaigning, as he had campaigned for MP Chhewang in 2014. In his manifesto, he stated that he will make Ladakh a separate Union Territory for its better development.

Then, on March 29, 2019, he enrolled his name. On May 06, the election happened. And, on May 23, the counting of votes started, and Tsering became the MP of Ladakh by defeating Sajjad Hussain, an Independent party candidate, by the margin of 10,930 votes.

The ‘Famous Speech’ of Ladakhi MP:

As per Jammu & Kasmir Reorganisation Act, 2019 (Act No. 34), J&K and Ladakh became the two different Union Territories. The bill of the act was introduced on August 05, 2019, by the Home Minister, Amit Shah, in Rajya Sabha which also passed on the same day.

The next day, on August 06, the Bill was passed by the Lok Sabha too, and soon, on August 09, India’s honorable President approved the Bill as an Act.

And, from October 31, 2019, the act came into the effect and several MP gave speeches regarding the act in the Parliament. In that series, Tsering Namgyal got the chance to speak on the matter, and he did it brilliantly.

He spoke about various ideas for Ladakh and its people. He introduced the core issues of the region in front of the members of the Parliament, and also gratefully welcomed the decision of the government.

Here, is the video of that famous speech by Ladakh’s MP, and you must watch it. Also, here’s a line from his speech which is loved by all the Parliamentary members.

Tsering Namgyal is not just a Politician but he’s an author and a poet too. He had published a book based on his poetry collection in the year 2013.

In 2014, he wrote an article, titled Divisional status for Ladakh- Its implications, which was published by Dailyexcelsior. 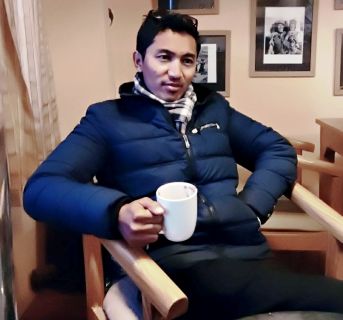 Hope you liked the Biography of Ladakh’s MP Jamyang Tsering Namgyal and if you have any query related to it, then definitely tell us in the comment box.