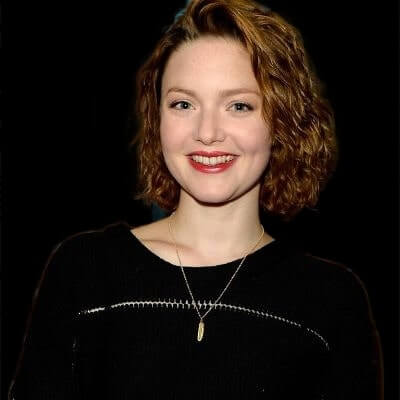 Holliday Grainger Biography – An English actress who started acting at the age of only six!

Holliday Grainger is a British actress born on March 27, 1988, in Manchester, England. Her parents got separated when she was very young. After that, she was solely raised by her mother.

Her mother’s name is Gian Grainger, who has done more than one job in the past and now works as a software engineer.

In one of her interviews, Holly described her mother as her “biggest support.” Her mom had helped her in every way possible to get her whatever she wanted despite facing financial issues.

Holliday Grainger is currently in a relationship with the English actor Harry Treadaway. The couple has been dating each other since the year 2015. They now have two children (twins) who were born in 2021.

The interesting fact is that the actor is a twin himself. He has an identical twin brother named Luke Treadaway, who is also an actor.

Holly ‘accidentally’ began acting at the age of only six. It was ‘accidental’ because one of her mother’s friends, a casting director, cast her in the BBC series “All Quiet on the Preston Front.” And from then only she started doing tv shows and films.

She did her schooling at Parrs Wood High School. Later, she began studying English Literature at Leeds University but eventually finished her degree at the Open University.

She left her studies in Leeds so she could take part in a tv show at that moment.

Grainger began her acting career as a child actor in 1994 with the BBC series titled “All Quiet on the Preston Front.” She appeared as Kirsty in four of the episodes of the comedy-drama series. Two years later, she appeared in another comedy show named Roger and the Rottentrolls.

Later, she became a part of tv shows including Casualty, Dalziel and Pascoe, Doctors, and The Royal. Then, from 2003 to 2005, she portrayed the role of Megan Boothe in the British tv series Where the Heart Is. Then she appeared in tv shows like No Angels and New Street Law. 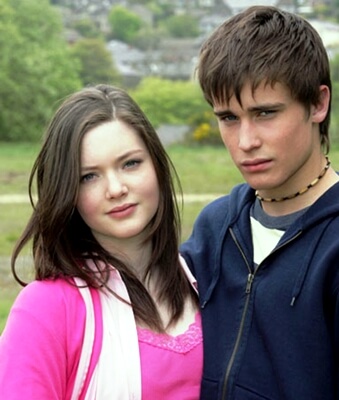 Later, in 2007, Holly played the role of Stacey Appleyard in a BBC show named Waterloo Road. Then, in 2008, she appeared in shows including The Royal Today, Waking the Dead, The Royal Today, and Merlin.

The next year, she was cast in a miniseries called Demons. Also, the same year, she appeared in Robin Hood and Blue Murder. In 2010, she appeared in tv series including Above Suspicion 2: The Red Dahlia, Five Daughters, and Any Human Heart.

Then, from 2011 to 2013, Grainger starred in the American tv series The Borgias with actors like Jeremy Irons and François Arnaud. It was a historical-fictional drama series in which she played the role of Lucrezia Borgia. In 2013, she also played the main character in the tv series named Bonnie & Clyde.

Two years later, in 2015, she portrayed the role of Lady Chatterley in Lady Chatterley’s Lover, which is based on a novel of the same name. Later, she appeared in two shows named Patrick Melrose and The Capture.

Currently, Holliday is working in the crime series “Strike” (started in 2017) based on the novel Cormoran Strike written by JK Rowling.

Grainger started her movies at the age of nine with the movie named The Missing Postman. In 2003, she appeared in a tv movie called The Illustrated Mum. Later, she appeared in other tv movies including, The Bad Mother’s Handbook and Dis/Connected.

In 2009, she appeared in Awaydays as Molly. The same year, she starred in The Scouting Book for Boys with Thomas Turgoose. 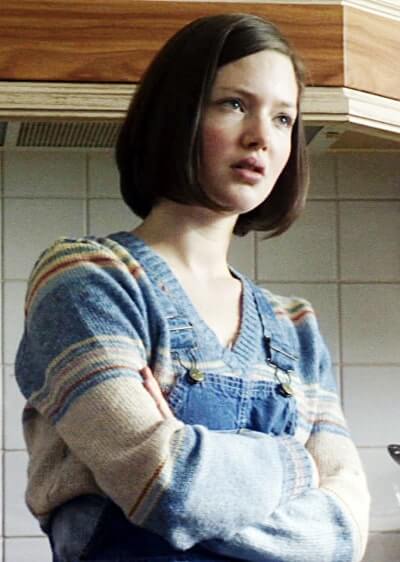 Later, she appeared in movies including Jane Eyre, Bel Ami, Anna Karenina, The Riot Club, and Great Expectations (based on Charles Dicken’s novel of the same name).

In 2015, Grainger starred in the Disney film Cinderella. She played the character of Anastasia in the movie. The following year, she appeared in the Hollywood film titled The Finest Hours.

Then, in 2017, she starred in two films titled My Cousin Rachel and Tulip Fever. In 2018, she starred in Tell It To The Bees with Anna Paquin. Next, she portrayed the main character in the comedy film Animals.

Apart from feature films, she has appeared in many short movies including, Colette, Rachael, and Home.

Q1: What is the height of Holliday Grainger?

Q2: What is the age of Grainger?

Q3: Who is the partner of Holliday Grainger?

Q4: What is the net worth of Holly?

I hope you liked the Biography of Holliday Grainger and if you have any queries regarding this post, then let us know in the comment box.